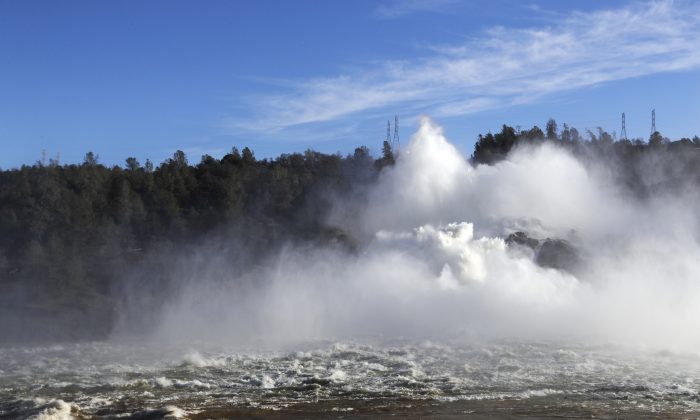 OROVILLE, Calif.—Authorities lifted an evacuation order Tuesday for nearly 200,000 California residents who live below the nation’s tallest dam after declaring that the risk of catastrophic collapse of a damaged spillway had been significantly reduced.

Butte County Sheriff Kory Honea said residents can return home immediately. State water officials said they have drained enough of the lake behind Oroville Dam so that its earthen emergency spillway will not be needed to handle runoff from an approaching storm.

But, the sheriff said, the region would remain under an evacuation warning, meaning that residents need to be ready to flee again if conditions worsen.

Residents returning home “have to be vigilant,” and “there is the prospect that we will issue another evacuation order … if the situation changes,” Honea said.

Officials had ordered residents to flee to higher ground Sunday after fearing a never-before-used emergency spillway was close to failing and sending a 30-foot wall of water into communities downstream.

Over the weekend, the swollen lake spilled down the unpaved emergency spillway for nearly 40 hours, leaving it badly eroded. The problem occurred six days after engineers discovered a growing hole in the dam’s main, concrete spillway.

Officials defended the decision to suddenly call for mass evacuations Sunday, just a few hours after saying the situation was stable, forcing families to rush to pack up and get out.

“There was a lot of traffic. It was chaos,” said Robert Brabant, an Oroville resident who evacuated with his wife, son, dogs and cats. “It was a lot of accidents. It was like people weren’t paying attention to other people.”

Gov. Jerry Brown said Monday that he sent a letter to the White House requesting direct federal assistance in the emergency, though some federal agencies have been helping already.