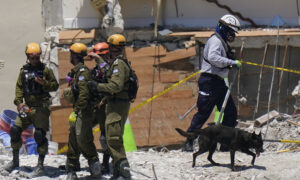 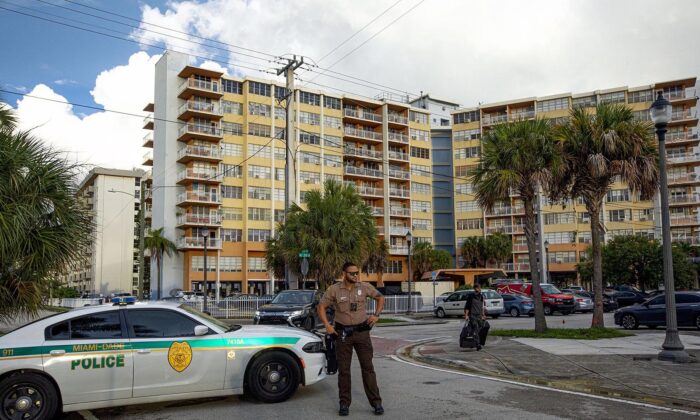 The city of North Miami Beach has ordered that Crestview Towers Condominium be immediately closed and evacuated Friday, on July 2, 2021, in the evening after a building inspection report found it to have unsafe structural and electrical conditions, city officials announced. (Daniel A. Varela/Miami Herald)
US News

By Devoun Cetoute and David Neal
From The Miami Herald

MIAMI—Days after dozens of North Miami Beach residents were evacuated from their homes in Crestview Towers, an engineer’s inspection has deemed the building safe again, the condo association’s attorney says.

First reported by WPLG Local 10, the engineer’s report hasn’t been officially released yet or shown to the North Miami Beach City Commission, but Tollinchi says the condominium is deemed safe for living in it.

At an emergency commission meeting later Saturday, Mayor Anthony F. DeFillipo said the city will not simply accept whatever the Crestview Towers association’s engineers report about the building’s condition.

“The building had a responsibility to maintain itself and to do this more than 10 years ago,” DeFillipo said. “Unfortunately they’re in this position, but we’re here to help.”

The day before the meeting and inspection, the city ordered the evacuation of the tower after they received a January inspection report from the condo association where an engineer deemed the building structurally and electrically unsafe.

The city threatened the association with closure in order to receive the report. Willis Howard, City Manager Arthur “Duke” Sorey’s chief of staff, said the Crestview association appeared to have missed or skipped its 40-year recertification, which would have been due in 2012.

The City of North Miami Beach will receive the new report on Tuesday once it is finalized by the engineer, Tollinchi said.

For now, there is no target date for getting residents back into the building. Tollinchi says the first step is to turn in the inspection—which reports safe living conditions.