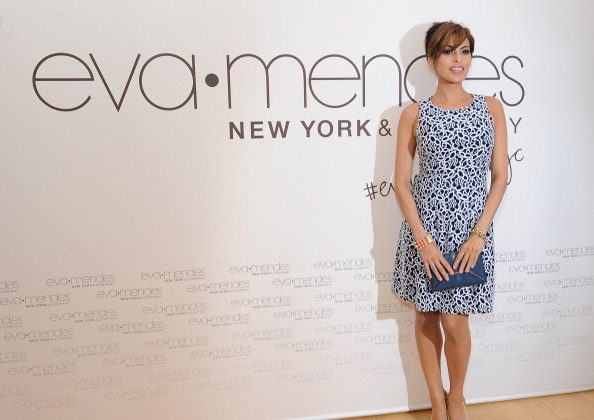 Eva Mendes is reportedly pregnant with Ryan Gosling’s child. She has reportedly been pregnant for seven months, according to reports on Thursday.

E! Online reported that Mendes, 40, are expecting their first child together in a few months.

A source confirmed with E! that the pregnancy is real after tabloid reports said the two were having a baby. OK! magazine first broke the story, citing a source as saying she’s pregnant.

“She’s been ready for motherhood for a while now,” a source told the publication. “And to be sharing this experience with Ryan is a dream come true for her.”

Mendes has not been photographed in public for more than three months. Three months ago, Mendes was photographed with Gosling but was covered up with a leopard coat, showing no signs she’s pregnant.

Mendes told E! in March that Gosling and her worked well together on “Lost River.”

“He really created the most beautiful, collaborative, creative atmosphere on set,” Mendes said at the time. “I know, I’m biased.”

According to Hollywood Life, Mendes was recently spotted in Los Angeles but she “did everything in her power to keep her midsection hidden!” The website did not publish any photos of her.

Earlier in the year, Mendes said, “It’s so ridiculous,” she said of pregnancy rumors at the time. “It all started because I didn’t want to go through the scanners at the airport. You know those X-ray scanners, which are really creepy? They basically see you naked, right? And not only that, but there’s a radiation aspect to it, so I always opt out.”

And last month, a fake Facebook page dedicated to Gosling had an update saying he adopted a baby boy. However, that was just a hoax.