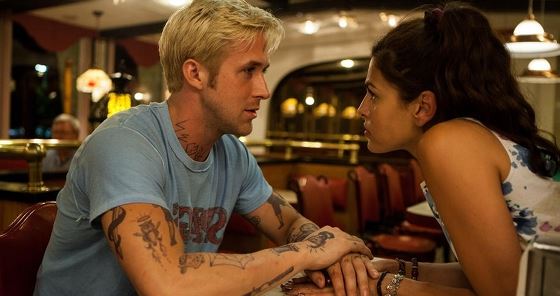 Ryan Gosling and Eva Mendes in The Place Beyond the Pines.
Entertainment

Eva Mendes and Ryan Gosling were broken up when Mendes discovered that she was pregnant, according to a new report.

The news of the pregnancy surprised entertainment observers–and the couple themselves, according to an insider.

“It was completely unplanned,” a source told Radar Online. “Ryan was surprised, especially because they had broken up early last year, only to get back together.”

The stars were first linked while filming The Place Beyond the Pines three years ago but have had many ups and downs.

“Their disagreements always come back to a central issue: Eva wants to marry Ryan, but so far, he has resisted,” the source said, adding that Eva has moved in with Gosling at his two-bedroom bachelor pad while she looks for a bigger house for once the baby is born.

Eva is definitely happy with the whole thing.

“She’s been ready for motherhood for a while now and to be sharing this experience with Ryan is a dream come true for her!” a source told OK!, when the magazine broke the news originally.

Despite being surprised by the news, Ryan is now ready for fatherhood.