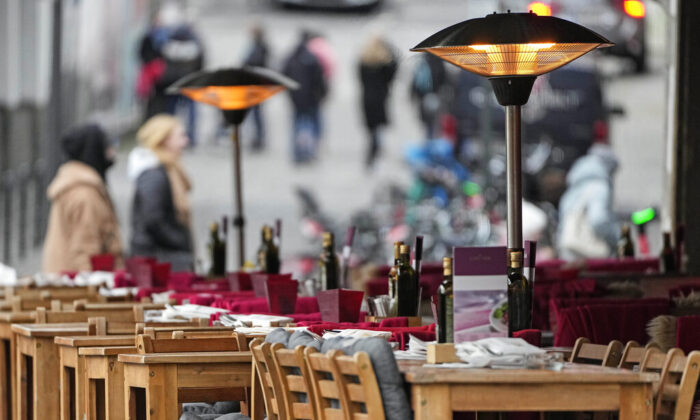 Retail sales in the 19 European countries that use the euro came in far weaker than expected in December, the same month that saw inflation in the region spike to a record high, with the biggest retail sales drops concentrated in countries with the strictest COVID-19 measures.

While the declines were noted across the board, euro area countries with the most stringent COVID-19 measures saw the sharpest drops.

“The decline in retail sales does not come as a surprise as the impact of the 4th wave of the coronavirus negatively became bigger towards the end of the quarter,” ING analysts said in a note. “Countries with the most restrictive measures in place saw the largest drops–think of Germany and Netherlands for example.”

Facing an economic slowdown, a number of European countries have begun easing their COVID-19 restrictions amid hopes the Omicron wave is waning. Denmark on Tuesday took the lead among European Union members by scrapping most restrictions, while France and the Netherlands moved to end or loosen COVID-19 curbs.

In Germany, however, where infections continue to set daily records, restrictions on private gatherings and requirements for people to show proof of vaccination or recovery to enter nonessential stores remain in place.

“I think that the moment we have the feeling that we can loosen responsibly, federal and state governments will take that step,” German government spokesman Steffen Hebestreit said on Monday. “But at the moment, it is still a bit premature.”

While analysts generally expect a retail sales recovery in the eurozone once the Omicron wave abates and curbs are removed, headwinds remain.

“Even though we do expect a bounce-back once restrictions are lifted, we do expect retail sales to take a hit from high energy prices,” ING analysts predicted. “As wage growth remains very modest at the moment, real wages are being hit hard by the soaring inflation rate, which dampens the outlook for household consumption.”

Eurozone consumer inflation in December rose 5.1 percent year-on-year, largely on the back of a 28.6 percent surge in energy prices. Still, even without energy, prices were 2.8 percent higher than a year earlier, eroding consumers’ purchasing power.

The stark inflation numbers in the eurozone fed into what some analysts described as a “hawkish pivot” on the part of European Central Bank (ECB) President Christine Lagarde at the central bank’s meeting on Thursday.

Lagarde acknowledged mounting inflation risks and declined to repeat her previous guidance that an increase in the ECB’s key interest rate this year was “very unlikely.”