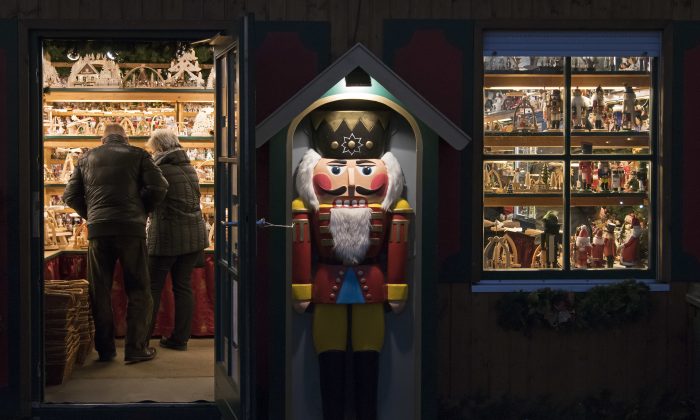 People visit a stand decorated with a nutcracker during the Christmas Fair in Erfurt, central Germany, on Nov. 28, 2016. (AP Photo/Jens Meyer)
International

BRUSSELS—Official figures show that inflation across the 19-country eurozone is running at its highest rate in two and a half years as the impact of low oil prices fades.

Eurostat, the EU’s statistics agency, says Wednesday that consumer prices rose by 0.6 percent in the year through November. That’s up from last month’s 0.5 percent rate and the highest since April 2014, when inflation stood at 0.7 percent.

Still, inflation remains well below the European Central Bank’s target of just under 2 percent. As a result, the ECB is expected next week to extend its bond-buying stimulus program further in hopes of getting inflation up toward target.

Also, the core inflation rate, which strips out volatile items like fuel and food, remains low at an annual rate of 0.8 percent.