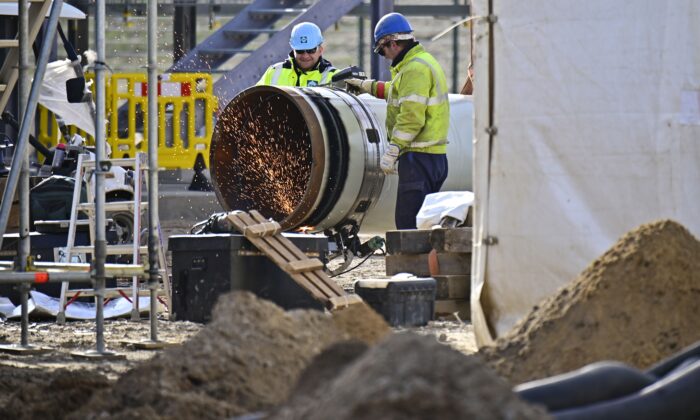 Men work at the construction site of the so-called Nord Stream 2 gas pipeline in Lubmin, northeastern Germany, on March 26, 2019. The Nord Stream 2 pipeline will double the capacity to ship gas from Russia to Germany via the waters of Finland, Sweden, and Denmark. The pipeline has faced opposition from many countries in eastern and central Europe, the United States, and particularly Ukraine because it risks increasing Europe's dependence on Russian natural gas. (Tobias Schwarz/AFP via Getty Images)
Viewpoints 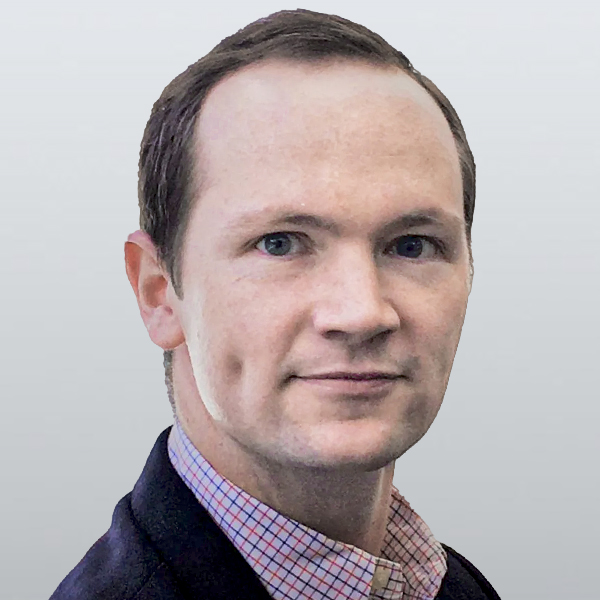 The European energy crisis is poised to go from very bad to unimaginably worse. While all eyes are on Ukraine and Russia, Europe’s energy woes are largely self-made, not due to outside forces.

Europe has made its own bed, disassembling dispatchable fuel diversity by closing well-operating coal and nuclear power plants. In doing so it has deepened its already troubling reliance on an insecure and volatile natural gas market dominated by Vladimir Putin. Europe is, in fact, more dependent on Russian gas today than it was when Russia annexed Crimea in 2014.

Meghan O’Sullivan, the director of the Geopolitics of Energy Project at Harvard University’s Kennedy School, told The Wall Street Journal, “For the foreseeable future, Europe will remain dependent—and possibly as dependent as ever—on Russian gas.”

Europe couldn’t have picked a worse bridge to its idealized energy future, and now European consumers are paying a galling price. In the 4th quarter of 2021, the International Energy Agency reported that average European wholesale electricity prices were more than four times their 2015–2020 average. Households are set to pay an average of 54 percent more for energy than they did two years ago. These are the prices before potential conflict erupts in Ukraine and an already tight European gas market is turned completely upside down.

In the UK, higher energy prices are poised to push an estimated 2 million additional households into fuel poverty, taking the total to 6 million, the highest level of fuel poverty in more than 25 years. What’s happening in Britain is playing out across the continent. And there’s growing acknowledgement that it didn’t have to be this way.

Europe’s renewable and natural gas obsession has paved the way for the loss of an astounding amount of coal and nuclear power capacity. As of March 2021, more than half of Europe’s coal capacity that was operating in 2016 had been retired or been scheduled for retirement by 2030. In the UK, coal generation met 40 percent of power demand a decade ago—just a handful of coal plants are left on the grid today. Nuclear retirements and phaseouts—notably the nuclear phaseout in Germany—continue despite consumers drowning under soaring power and gas prices. Germany closed half its remaining nuclear power capacity in 2021 and its remaining three plants are scheduled for retirement this year.

Europe has wedged itself between a rock and a hard place. It’s stuck paying exorbitant prices for natural gas, and massive investments made in renewable power have left the EU in a continuous boom-bust cycle of weather-driven generation. Unfortunately, some of the coldest weeks are also those with the least wind and daylight.

Despite ongoing efforts to push remaining coal capacity aside, coal is playing an essential role in navigating the crisis. As Bloomberg reported just this week, “Coal will play a vital role in helping to keep the lights on in Europe this winter …. The latest example of the fuel’s importance came on Monday as UK’s usage peaked at its highest level since March to help plug a gap in supplies.”

In Germany, coal also showed its importance in November and December, with power generation rising 16 percent from a year earlier. And in Spain, a coal plant forced into retirement three years ago has been given new life to keep the lights on and reduce gas consumption.

There’s no getting around it. Europe’s energy crisis is a failure of policy and a clear case study of the danger of disassembling the stability that comes with fuel diversity in a misguided, rushed, and irresponsible approach to the energy transition. The warning for American energy and climate policy is impossible to miss. Whether policymakers learn the right lessons remains to be seen.