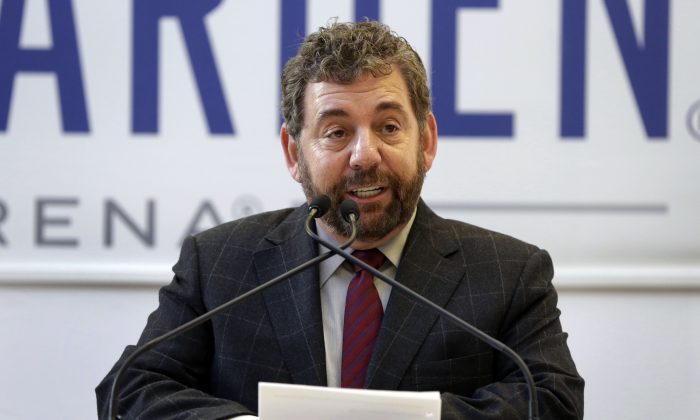 Europe’s Altice Buying Cablevision as It Expands in US

NEW YORK—European telecommunications and cable company Altice has agreed to buy New York cable operator Cablevision for $17.7 billion, including debt, as it pursues its aggressive expansion in the United States.

Altice announced the deal Thursday and Cablevision said the family-controlled company considered that “the time is right for new ownership of Cablevision.”

The move is part of Netherlands-based Altice’s plan to broaden its business in the U.S. It bought Suddenlink, a smaller cable company based in St. Louis, for $9.1 billion in May after trying to take over the much larger Time Warner Cable.

Altice said the deal will be financed with $14.5 billion of debt at Cablevision plus cash from both companies. Altice said it hopes to complete the deal in the first half of next year, though it remains subject to regulatory approval.

U.S. cable companies have been in a merger frenzy over the past few years as people increasingly drop their TV packages and watch video online from competitors like Netflix, while cable companies’ costs for sports and other channels rise.

Charter Communications, backed by cable pioneer John Malone, is trying to buy Time Warner Cable and Bright House for $67.1 billion. That comes after Comcast walked away from a combination with Time Warner Cable because of regulatory pushback. AT&T recently closed on a $48.5 billion purchase of satellite TV company DirecTV.

Altice SA is controlled by founder and French billionaire Patrick Drahi, who has a long track record of expanding businesses through aggressive acquisition campaigns.

At a Goldman Sachs investor conference in New York on Thursday, Drahi said there is room to improve overhead costs at Cablevision and complained the salaries are high at the company. He added he was committed to having a presence in the United States for the long term, and said European and U.S. companies could learn from each other.

The goal is “to bring the U.S. (average revenue per user) to Europe and Europe’s cost structure to the U.S.,” he said.

Drahi cut his teeth by setting up regional cable TV operators in France in the mid-1990s that he sold to big U.S. corporations. He then helped the same U.S. companies buy up smaller rivals in Europe before setting up Altice in 2002.

Drahi expanded Altice from a small Internet and cable provider in France’s Alsace region to making an $18.5 billion acquisition last year of France’s No. 2 mobile phone operator, SFR. Earlier this year, Altice bought Portugal Telecom for $8.4 billion as well as Suddenlink in the United States. It also has operations in Belgium, Switzerland, Israel, and elsewhere.

The corporate buying binge pushed Drahi up the ranks of the world’s wealthiest people, from number 215 last year to number 57.

Altice’s CEO Dexter Goei has said that the company is aiming for half of its portfolio to be U.S. business.