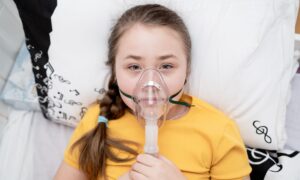 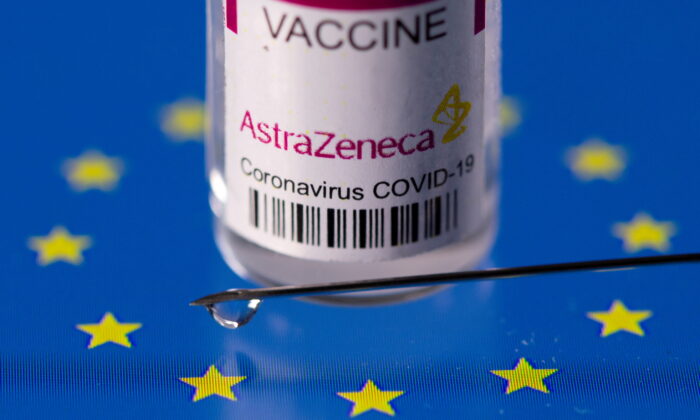 The European Union is suing pharmaceutical giant AstraZeneca for COVID-19 vaccine delivery shortfalls, marking an escalation in a dispute that has simmered for some time.

EU spokesperson Stefan De Keersmaecker told The Epoch Times in an emailed statement that the lawsuit was filed in a Brussels court on April 23 “due to the continuous breach of the terms of the contract and to the lack of a reliable strategy by the company to ensure the timely supply of vaccines in the current circumstances.”

De Keersmaecker said the legal action is for breach of the advance purchase agreement (APA) that the European Union signed with the company on Aug. 27, 2020, for the supply of 300 million doses of its COVID-19 vaccine by the end of the second quarter of 2021.

He said the legal action was being undertaken by the European Commission on its own behalf and on behalf of the European Union’s 27 member states, which are “fully aligned in support of the Commission on the need to ensure a timely and effective implementation of the APA concluded with Astra Zeneca.”

He said the goal of the lawsuit isn’t to punish AstraZeneca, but to ensure the speedy delivery of vaccines in line with the contract.

“Our priority is to ensure #Covid-19 vaccine deliveries take place,” Stella Kyriakides, EU health commissioner, wrote in an April 26 post on Twitter, echoing De Keersmaecker’s position that the intent is to get more doses.

AstraZeneca said the legal action was without merit and that it would fight the lawsuit in court.

“AstraZeneca has fully complied with the Advance Purchase Agreement with the European Commission and will strongly defend itself in court. We believe any litigation is without merit and we welcome this opportunity to resolve this dispute as soon as possible,” the company said in a statement.

“We look forward to working constructively with the EU Commission to vaccinate as many people as possible. Many thousands of our employees working around the clock have been driven by a passion to help the world at no profit; they remain firmly committed to delivering our vaccine to the people of Europe and around the world.”

Under its contract with the EU, AstraZeneca had committed to making its “best reasonable efforts” to deliver 180 million vaccine doses to the bloc in the second quarter of this year, for a total of 300 million in the period from December to June.

But AstraZeneca said in a statement on March 12 it would aim to deliver only one-third of that by the end of June, of which about 70 million would be in the second quarter. A week after that, the Commission sent a legal letter to the company in the first step of a formal procedure to resolve disputes.

In its statement following the announcement of the legal action, AstraZeneca said it was in the process of delivering nearly 50 million doses by the end of April, a goal which is in line with the revised-down target of supplying 100 million shots by the end of the quarter.

The company’s delays have contributed to hampering the bloc’s vaccination drive, as the AstraZeneca vaccine, developed by Oxford University, was initially supposed to be the main vaccine in an EU rollout in the first half of this year. After repeated cuts in supplies, the bloc changed its plans and now relies mostly on the Pfizer-BioNTech shot.

The move follows months of disputes with the company about supply issues and amid concerns about the efficacy and safety of the vaccine. Still, while the shot has been linked to rare cases of blood clots, the EU drugs regulator has recommended its use to contain the spread of COVID-19.