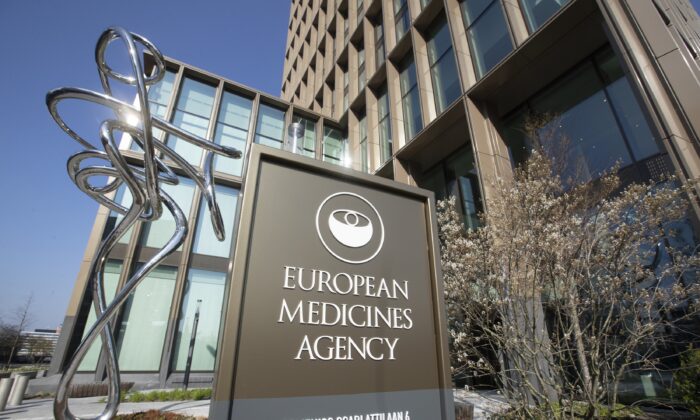 The European Union’s executive branch on Monday authorized Novavax’s COVID-19 vaccine, enabling its use in all 27 member-states.

The European Commission previously cleared four COVID-19 vaccines, but Novavax’s, known as Nuvaxovid, is the first protein-based one.

The jab “together with the already authorized vaccines, will support vaccination campaigns in EU Member States during a crucial phase of the pandemic,” the commission said in a statement.

Possible side effects include headaches, fever, and enlarged lymph nodes.

People who have a hypersensitivity to any of the vaccine’s ingredients are being advised not to get it.

The studies, one conducted in the United States and Mexico and the other performed in the United Kingdom, indicated Novavax’s shot is about 90 percent effective at preventing symptomatic COVID-19. However, both studies finished when the Alpha and Beta variants of the CCP (Chinese Communist Party) virus were circulating.

“There is currently limited data on the efficacy of Nuvaxovid against other variants of concern, including Omicron,” the medicines agency said.

Novavax has said it’s testing its vaccine against Omicron and developing a version of the shot that specifically targets the variant.

Stanley Erck, president and CEO of U.S.-based Novavax, thanked European regulators “for their thorough assessment as we look forward to playing a critical role in helping to address the continued threat of COVID-19.”

“We also thank the thousands of clinical trial participants, our partners and Novavax employees worldwide who have contributed to this historic milestone,” he added.

The vaccine has a laboratory-created version of the protein found on the surface of the CCP virus and an adjuvant, or a substance that helps boost immune responses to the vaccine. The vaccine primes the immune system to identify the protein as foreign, preparing it for later contact with the virus out in the real world.

The vaccine is given as two shots spaced approximately three weeks apart.

Novavax and European Union officials previously reached a deal for up to 200 million doses of the jab through 2023.

The first Novavax doses are expected to arrive in Europe in January. They are being produced in partnership with the Serum Institute of India.

The other four shots available in the European Union are from Pfizer-BioNTech, Moderna, Johnson & Johnson, and AstraZeneca.

Novavax recently earned authorization for its vaccine from the World Health Organization for use in India and other countries, and regulators in Indonesia and the Philippines.

Novavax plans to submit data for clearance from the U.S. Food and Drug Administration by the end of the year.