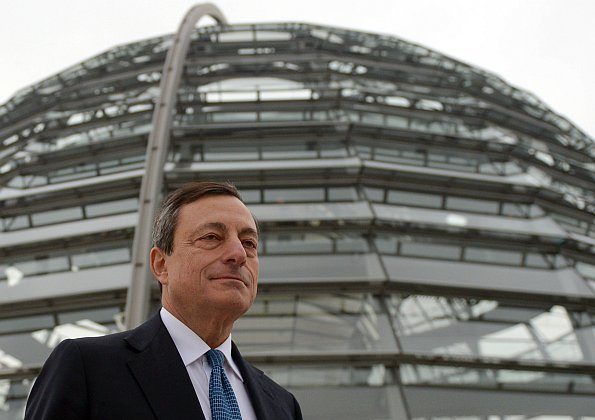 A 1 percent change in stock prices hardly does this controversial week justice.

Euro-area debt to GDP ratios, a record 90 percent for the second quarter were announced. It was up from 87.3 percent at the end of 2011 and is starting to catch up with the United States. The International Monetary Fund (IMF) expects this number to decline from 2013 onward. Given its persistent track record in overestimating good data (growth) and underestimating bad data (debt), however, this expectation cannot be taken at face value.

Greece again underperformed, as its debt to GDP ratio increased 13.4 percent during the second quarter to 150.3 percent.

During last week, some positive news appeared to have come out of Greece, as Finance Minister Yiannis Stournaras claimed that he had secured a two-year extension on debt repayments. He also claimed that he was in agreement with creditors over $17.4 billion in budget savings.

The only problem was that he had not reached an agreement and had to backtrack later, after Germany publicly denied his version of events.

The only thing that Greece got from the European Union was a three-day extension to hammer out labor market reforms. Oct. 28 was the deadline for a proposal and European officials will discuss the matter one day later. If Greece does not present something workable, the creditors might not pay out next portion of $40 billion in bailout funds in November as planned.

A Greek official, however, best sums up the prevailing cynicism in the negotiations: “Even if the [creditors] give us a negative report, what are they going to do? Are they really going to not give us the installment [to keep Greece’s economy afloat] two weeks before the U.S. elections, with everything that entails—default, bankruptcy, global market turmoil? These labor reforms will turn our country into Bangladesh. They have no fiscal benefit and will actually derail the adjustment program. The political system will collapse if we impose them. The troika is demanding that we commit suicide,” he told U.K.’s Guardian newspaper.

It is true that Greece holds some sway over its creditors when the whole matter is considered from a cost–benefit viewpoint.

The costs for Greece are already high—the country faces a deep recession, budget cuts, and record high unemployment. It also needs to be emphasized that the majority of the bailout money is not Greece’s to spend. It merely finds its way through Greece to the pockets of European banks that lent Greece money. The standard of living is decreasing in Greece, with or without the money.

If Greece were to default and leave the eurozone, the main benefit would be that it could start a recovery on its own terms. It would be left with only 30 percent debt to GDP, if we take Argentina as an example. It could mean a devaluation of the new Drachma, a wealth transfer from savers to debtors, and a method to deleverage the banking system. It could then find some international investors for public assets it has left and kick-start growth with cheap holidays for Northern Europeans.

This would mean a reduction in the lavish social services the state has endowed its citizens with, such as early retirement and high wages for public sector employees. Such benefits were unsustainable and are already being reduced under current EU-imposed austerity measures. A euro exit, however, would mean a new Greece without foreign intrusion of its sovereignty.

On the flip side, the cost for international creditors to keep Greece afloat is relatively low compared to the risks of a default. Other peripheral countries like Ireland or Portugal could go the same route. The consequences of these events could result in costs multiple times higher than the $40 billion bailout money given to Greece. Therefore, it is more likely that Greece would leave the eurozone voluntarily, rather than the creditors kicking it out, from a game-theory point of view.

Markets by now have been deliberating and pricing in many different scenarios for the Greek conundrum.

Spanish GDP, eurozone unemployment, and the consumer price index (CPI) will be key data points to watch for this week.