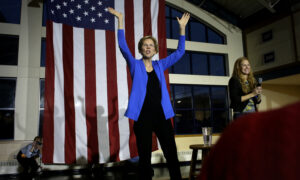 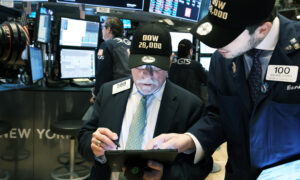 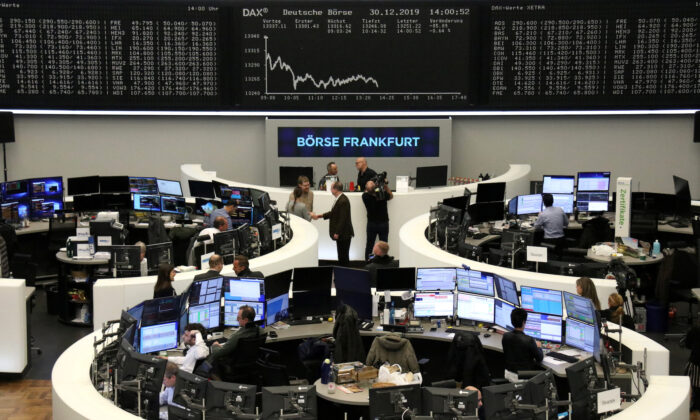 The German share price index DAX graph is pictured at the stock exchange in Frankfurt, Germany, on Dec. 30, 2019. (Reuters)
Markets

European stocks were up on Thursday, driven by growing optimism of a resolution to the U.S.-China trade war.

The French CAC40 index (.FCHI), a composite of 40 of the 100 biggest market caps on the Euronext Paris exchange, rose by just over 1.3 percent to 6,058.14 points in morning trading. The pan-European STOXX 600 index (.STOXX), a composite of the shares of large, mid, and small-cap companies across 17 European countries, was up 1 percent as of 11 a.m. CET.

“The markets are still broadly riding high on the goodwill generated by the announcement that a Phase One trade agreement will be signed on Jan. 15,” said Connor Campbell, financial analyst at Spreadex.

“[Beyond that] a lack of further escalation might be all investors can expect for the moment.”

President Donald Trump brightened investor moods with an announcement on Tuesday that the first phase of the U.S.-China trade agreement would be signed on Jan. 15 at the White House.

“High level representatives of China will be present. At a later date I will be going to Beijing where talks will begin on Phase Two!” Trump said in a statement.

Trump announced on Dec. 13 that the United States agreed to the Phase One deal with China after a years-long trade war.

“We have agreed to a very large Phase One Deal with China. They have agreed to many structural changes and massive purchases of Agricultural Product, Energy, and Manufactured Goods, plus much more,” Trump said.

I will be signing our very large and comprehensive Phase One Trade Deal with China on January 15. The ceremony will take place at the White House. High level representatives of China will be present. At a later date I will be going to Beijing where talks will begin on Phase Two!

The deal also includes China committing to buying at least $200 billion in American goods and services over the next two years, including around $40 to $50 billion in U.S. agricultural goods, a senior administration official told The Epoch Times.

China’s top diplomat, Wang Yi, said the deal will “provide stability in global trade.” Gao Feng, a spokesman at the Chinese commerce ministry, later told reporters that the countries were in touch and that details of the agreement would be made public after it was signed.

The country announced just before Christmas that it was planning to cut import tariffs amid the trade war and a slowing economy.

While the first deal will take care of some issues, the trade war—which has put pressure on both countries—is not over.

Robert Holleyman, a partner at the law firm of Crowell & Moring and former deputy U.S. trade representative told Fortune that both Trump and Xi are looking for “a way to deescalate the conflict and secure some type of deal.”