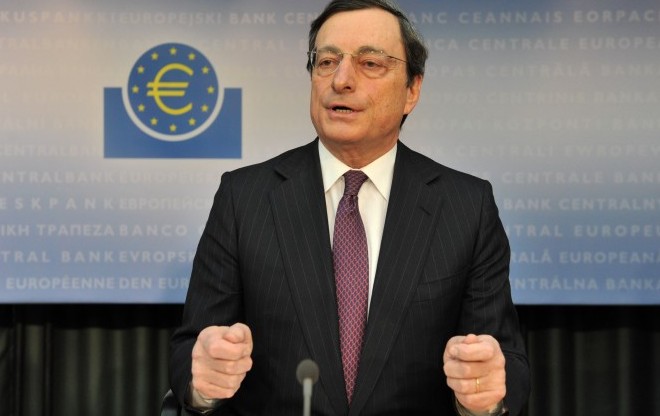 The purchasing manager’s index leading indicators disappointed, with the composite of manufacturing and services coming in at 49.3 versus 49.7 expected in February. A reading below 50 indicates contraction in the economy. Fourth quarter GDP was right on expectations, decreasing 0.3 percent over the quarter in real terms.

With respect to Germany, last week provided mixed data points. The backward looking industrial production data for January exceeded expectations, increasing 1.6 percent over the month as opposed to the Bloomberg survey of 1.1 percent. Forward looking factory orders, however, registered a 2.7 percent drop in January whereas a 0.6 percent increase was expected.

This does not indicate that Germany’s economy can escape the current turmoil in the EU periphery, and puts into question the country’s willingness and ability to keep shouldering the expensive aid to the European periphery.

The European Central Bank (ECB) left rates unchanged as it was to be expected, with the main refinancing rate—the equivalent of the Federal Funds Rate in the United States—staying at 1 percent. Nonetheless, the central bank’s president, Mario Draghi, provided reporters with a highlight at the conference when commenting on the ongoing Greek Drama: “We have no Plan B. Having a Plan B means to admit defeat.”

The euro currency lost a modest 0.7 percent, closing at $1.31 for the week. The Eurostoxx equity index lost 1.19 percent to close at 2,515 for the week, mostly falling before the Greek debt exchange news came out, but then rallying on the news release last Thursday and well into Friday.

Out of the 177 billion euros ($229 billion) bonds issued under domestic Greek law outstanding, only 85.8 percent were tendered in the so called “voluntary” restructuring, where mostly European banks had to take a haircut on their existing debt holdings and exchange those notes into new bonds. The official holders of those bonds (most notably the ECB) do not take a haircut.

Since 85.8 percent was not enough, Greece decided to retroactively activate a “collective action clause” (CAC) by law, a provision that forces the rest of the bondholders to participate. Thus, the full amount of the 177 billion euros will be restructured in what is the largest sovereign debt restructuring in world history. Twenty billion euros ($25 billion) could be added in bonds that are governed under foreign law.

The International Association of Swaps and Derivative Dealers (ISDA), due to the activation of the CAC, had no choice but to declare this a credit event, triggering credit default swaps but leaving no lasting impact on the market. This could change as transactions are unwound, as the chain of solvency depends on different counterparties, even if the net amount outstanding of $3 billion is rather small.

Details of the Swap

The big European Banks—most of them have already written down their exposure to pennies on the dollar—will now receive new bonds at 31.5 percent of face value of the old bonds and with a coupon payment of 2 percent. Added to this, they will receive 29.55 billion euros ($38 billion) in European Financial Stability Facility notes.

The problem with the new bonds, however, is that the grey market already priced them at a yield that implies another default within the next year. The bond that matures in February 2023 traded at a yield of 18.1 percent, which is not sustainable.

Economic data will be light this week, but there will be meeting of the Eurogroup and the European economic ministers. Germany will release a couple of sentiment indicators, which will allow us to look into how participants view the future state of the country’s economy.