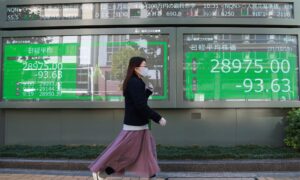 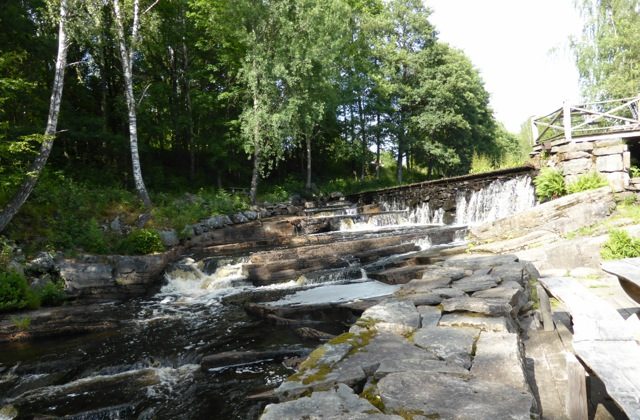 The fish ladder at Melltorp Sawmill at Hyssna in Sweden may not gat a new licence under proposed new EU legislation. (Barbro Plogander/Epoch Times)
Europe

STOCKHOLM—A cultural heritage stretching back to the Middle Ages is at risk in Sweden. The implementation of the European Union Water Framework Guideline may result in the destruction of thousands of dams and their unique environments so that fish may migrate freely.

Hans Johansson, sawyer at Melltorp Sawmill in southwest Sweden, runs a tourist business with his wife, Catharina. Since early 17th century there has been a sawmill at this site but now the mill is a café and a restaurant, beautifully framed by the dam.

The saw – still capable of turning out fine planks – is protected as a part of the cultural heritage.

“In the 70s, we considered building a power plant, but we went for tourism instead,” Hans Johansson said.

This valuable cultural environment may soon be gone, however. If Sweden is to fully implement the EU Water Framework Guideline, it needs to remove thousands of man-made obstacles for fish migration. This would mean the destruction of the ancient culture which is attached to Sweden’s many waterways.

Johansson may be among the lucky ones, though. In the early 90s, a fish ladder was constructed at his mill, but it may still face government scrutiny. A government report suggests a new system, where all of these old mills, dams, and small power plants might have to apply for permits as if they were brand new although they may be hundreds years old. If new permits are not granted, they will be demolished.

“The people living upstream, like us, would face a whole new situation. We would have nothing but a dry riverbed [if the dam is demolished],” Johansson said. That is what the river looks like now, after a prolonged drought.

The dam would disappear along with the lush vegetation.

“It’s destroying the old culture. If they were to make us remove the dam, it would be disastrous for our business,” Johansson added.

According to the government report, 3,654 power plants or regulation dams lack permits.

Swedish Energy, a trade association for producers, distributors, and traders of electricity, writes in their comment to the report that the building of these plants had a profound effect on the environment but: “after that, over time, many new natural states have emerged in the landscape.”

Thus, these older plants and dams do not constitute a threat to biodiversity, according to the association. The application process would also prove too costly for many smaller associations and individuals.

The Federation of Swedish Farmers are also critical of the report, arguing that it would lead to unacceptable consequences with regards to private property, as well as the forced shutdown of many small power plants. This in turn would mean less renewable energy, making it more difficult to decrease the dependence on fossil fuels.

Lars Amréus, Director General at the Swedish National Heritage Board, wrote in an article that a major part of Sweden’s industrial cultural heritage from the Middle Ages onward is tied to running water and hydropower.

“Historical environments, visited by tens of thousands of people yearly will be destroyed” if the suggestions put forward by the report become legislation, he wrote.

Per-Magnus Nilsson, Pro temp head of the Department for Properties & Public Visitor Sites at the Swedish National Heritage Board, told The Epoch Times in a telephone interview:

“The bottom line is this: the suggestions in the report must be adapted to culturally and historically valuable environments. Demolitions should only be carried out if there are strong ecological motives.”

Hans Johansson and his wife Catharina have worked hard to make their tourist business profitable, not only for themselves, but for a number of employees.  They want to keep this slice of the old world alive, and feel that the government fails to see the bigger picture.