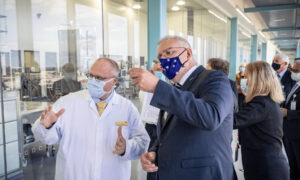 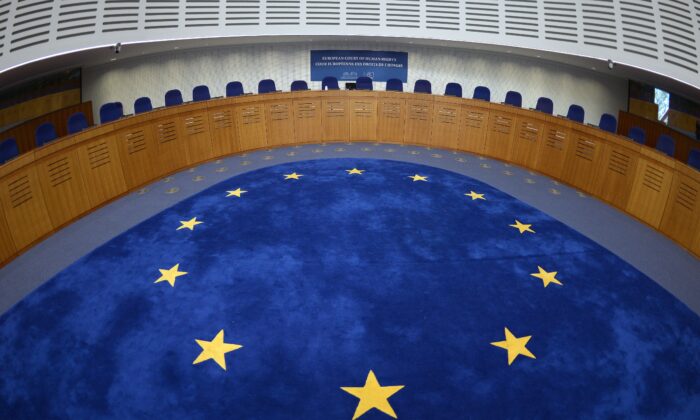 The audience room of the European Court for Human Rights in Strasbourg, eastern France, on April 23, 2015. (Patrick Hertzog/AFP via Getty Images)
Europe

The European Court of Human Rights (ECHR) on April 8 ruled that compulsory childhood vaccination in the Czech Republic doesn’t violate the European Convention on Human Rights and could be regarded as being “necessary in a democratic society.”

The Grand Chamber judgment, held by a 16–1 vote, was on six complaints against the Czech government over its vaccination policy that mandates children to receive two vaccines—hexavalent and MMR—against nine diseases.

One of the parents was fined for refusing to vaccinate his children. In the other cases, the children had been rejected from pre-schools after they hadn’t received one or both of the mandatory vaccinations for various reasons.

The court said it recognized that compulsory vaccination does represent “an interference with physical integrity” and therefore concerns Article 8 (right to respect for private life) of the human rights convention.

But the Czech policy, the ECHR said, “pursued the legitimate aims of protecting health as well as the rights of others” and is in the best interest of children.

The ECHR also said there’s a “wide ‘margin of appreciation'” for the policy, and that the punishment for violating the rules is proportionate.

“The fine imposed on Mr. Vavřička had not been excessive,” the ECHR said, referring to Pavel Vavřička, the parent fined for not vaccinating his children.

For the children not accepted into preschools, the ECHR said it does mean “the loss of an important opportunity to develop their personalities,” but the impact was limited since their primary school education hadn’t been affected.

“The Court also declared, by a majority, the complaints under Article 9 (freedom of thought and conscience) of the Convention inadmissible and that there was no need to examine the case separately under Article 2 of Protocol No. 1 (right to education) to the Convention,” the ECHR said in a statement.

According to Czech tabloid the Blesk, the Czech’s Office of the Government Plenipotentiary said the ruling “sent a message to the world.”

“In addition to fundamental rights, a person also has basic duties and responsibilities towards others,” the office stated, adding that the ruling “emphasized the importance of social solidarity in society.”

Zuzana Candigliota, a lawyer who represented the parents, said the verdict is “disappointing.”

“For us, the verdict is, of course, disappointing, as the uncritical vaccination ideology prevailed before a thorough assessment of the adequacy of enforcing a potentially risky intrusion on bodily integrity, which is vaccination,” Candigliota said.