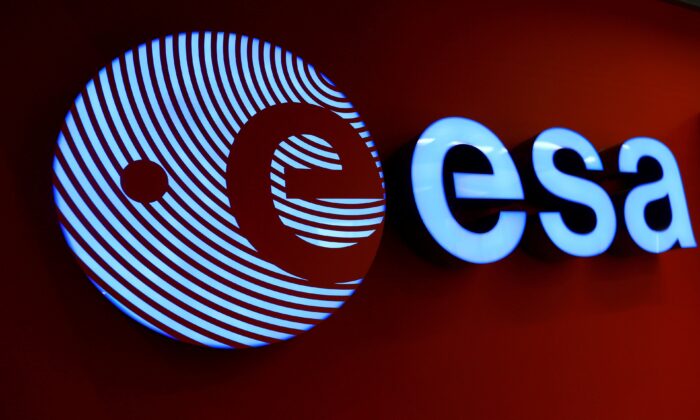 A logo of the European Space Agency (ESA) is pictured at their headquarters in Darmstadt, Germany, on Sept. 30, 2016. (Ralph Orlowski/Reuters)
Space

Humanity will for the first time have the chance to find out if we can deflect an asteroid, the European Space Agency (ESA) said—knowledge that could be useful in the future should an asteroid be on a collision course with Earth.

ESA on Tuesday awarded a 129-million-euro ($154 million) contract to design, build, and test a spacecraft, named after Hera, the Greek goddess of marriage, that will be used to observe the results of an experiment to deflect a small asteroid that will pass within about 6 million miles of Earth.

NASA’s spacecraft DART, which will collide with Dimorphos, is set to launched in June 2021. The impact, set to happen in September 2022, “is expected to alter its orbit around Didymos as well as create a substantial crater,” ESA said.

Dimorphos will be “the first celestial body to have its orbital and physical characteristics intentionally altered by human intervention.”

ESA will then launch Hera in October 2024 to map the resulting impact crater and measure the asteroid’s mass, reaching the area in late 2026 for a six-month survey.

The mission is reminiscent of the 1998 film “Armageddon,” in which actor Bruce Willis plays a member of a team sent to destroy an asteroid to save Earth.

“We want to try for the first time to steer an asteroid on its potential collision course with Earth,” ESA director Rolf Densing told Reuters television.

Hera will work like a self-driving car, ESA said. The desk-sized spacecraft will gather data so scientists can “better understand asteroid compositions and structures.”

It will also carry miniature satellites called CubeSats, which will be able to carry out close-up surveying or even land on the binary asteroids for the first time.

Germany will lead the design and integration, with 17 other European countries contributing to the mission.

Marco Fuchs, chief executive of German space and technology group OHB that will develop the Hera craft, said trying to divert an asteroid was like “playing billiards” and noted the challenge of steering towards such a small celestial body.

“You have to steer very precisely, you have to find it first and then approach it in such a way that you can really observe what has happened as a result of the impact of the American probe,” he said.