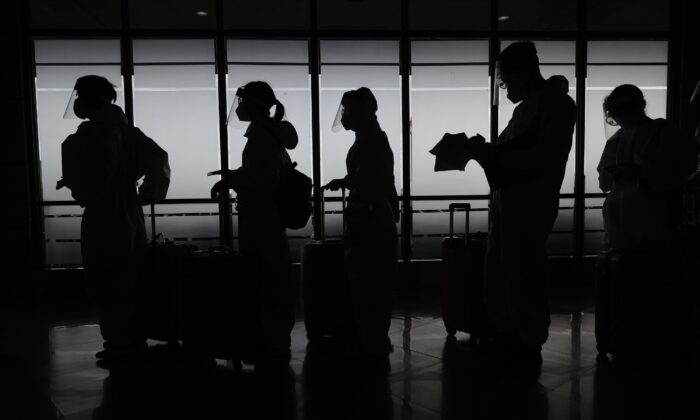 A consortium composed of South Korean and European firms has been awarded an $11 billion airport project in the Philippines that was previously granted to a Chinese state-owned firm.

The Cavite provincial government awarded the contract to develop the Sangley Point International Airport (SPIA) to a multinational consortium comprised of companies from the Philippines, South Korea, and Europe on Sept. 14.

In a joint statement, the consortium said the SPIA project “will initially serve as an alternative to Ninoy Aquino International Airport” and to meet “an anticipated increase in demand for air transport in the next 30 [to] 40 years.”

The project also includes the construction of a four-kilometer (2.5-mile) connector road with provisions for rail connectivity, as well as fully integrated logistics and aviation support facilities.

According to the joint release, the SPIA development is expected to generate 50,000 jobs and bring in foreign direct investment to promote trade and economic development of the Philippines.

MacroAsia initially partnered with China Communications Construction Co. Ltd. (CCCC). They won the $10 billion SPIA project in December 2019, but it was terminated last year over their failure to submit post-qualification paperwork.

This is despite the companies being given four extensions to submit the required documents, local outlet Rappler reported. Cavite Gov. Juanito Victor said that the cancellation was “not prejudicial against anyone.”

“While it does cancel the negotiations, the project shall restart and hopefully have a progressive negotiation with a more qualified partner by October 2021,” he said on Facebook on Jan. 26, 2021.

CCCC’s subsidiaries were among the Chinese companies blacklisted by the United States in 2020 for helping China “construct and militarize the internationally condemned artificial islands in the South China Sea.”

Earlier in July, the Philippines canceled its loan applications to China after the Chinese communist regime “backed out” of three railway agreements it struck with former President Rodrigo Duterte.