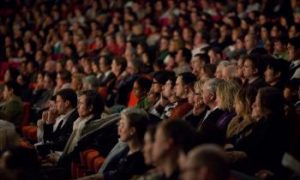 The fauna and flora of Europe’s landscapes and its rich marine life contain many endangered species. These natural assets require protection or face extinction.

By protecting nature, we protect ourselves, said Janez Potocnik, European commissioner for the Environment, in conjunction with the announcement that another 6.67 million acres of land and sea is earmarked for conservation.

Among the new sites, for instance, is the 168,000-acre stretch of the Loire estuary in France, flowing into the Atlantic, well known for its reefs, sandbanks, juvenile fish nursery, salmon, and herring.

Some of the other protected sites are the beautiful meadows in the mountains of Czech Republic and the Alpine, Boreal, and Mediterranean regions bestowed with many delicate fauna and flora.

The protected regions are natural habitats to some of the rarest and most endangered animal species like the European otter, pond turtle, and the rare blue butterfly.

The initiative, undertaken by 15 member states, forms a Europe-wide network that strives to study and preserve biodiversity and ecosystems against abuse and pollution.