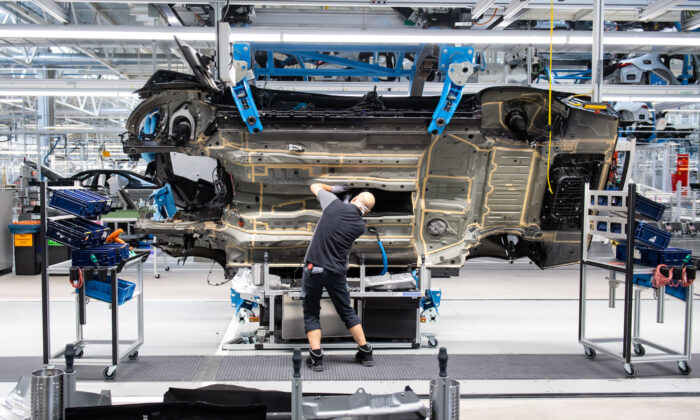 Car sales in Europe fell in January as regional auto manufacturers struggled to get key components, including semiconductor chips, owing to supply chain issues, according to a recent report by an industry lobbying association.

“Even though a new record for lowest January total (in terms of volume) was set in 2021, this year car registrations contracted by a further 6.0 percent to reach 682,596 units–marking a new historic low in EU car sales for the first month of the year.”

However, there was a marked divide between Central and Western Europe, with the former seeing a spike in car registrations while the latter reporting a decline.

In Central Europe, Slovakia reported a 72.6 percent growth in car registrations, followed by Romania at 55.5 percent, and Poland at 10.2 percent. In Western Europe, Italy saw a 19.7 percent fall in car registrations and was followed by France with a loss of 18.6 percent. Only Germany saw a decent growth of 8.5 percent among the major nations in the region while Spain posted a modest one percent gain.

The report stressed that global production continues to remain limited due to a “lack of parts, particularly microchips.” Supply shortages are expected to be a “key feature” of the auto industry this year as well.

The demand side of the market is being pressured due to inflationary pressure on households and concerns over the Omicron COVID-19 variant. However, LMC believes that passenger vehicle demand might remain “relatively healthy” for now due to a few factors.

Such factors include the economic activity in the Eurozone returning to pre‐crisis levels, unemployment continuing to move lower, and hiring intentions remaining buoyant, as well as a scope for the partial release of pent‐up savings from households.