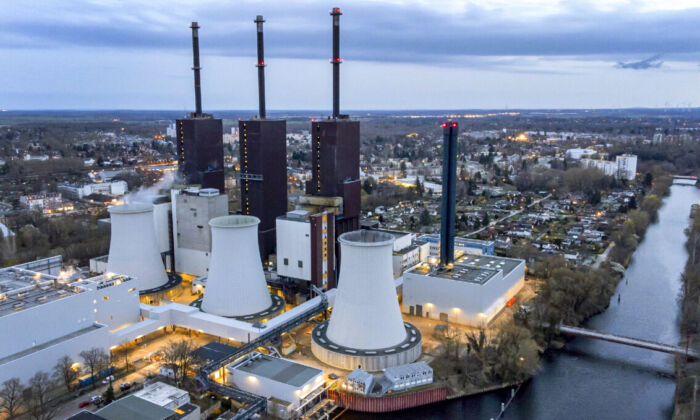 Europe is showing signs of heading into a recession as multiple economic surveys show the region’s services and manufacturing sectors slowing down while a large number of the continent’s citizens are struggling to cope with rising prices.

The S&P Global Eurozone Composite Output Index fell to an 18-month low in August at 48.9, according to a Sept. 5 news release (pdf).

The S&P Global/BME Germany Manufacturing PMI was at a 26-month low of 49.1 in August. There was a “sustained sharp downturn” in new orders which weighed on production levels and slowed the rate of factory job creation, another S&P survey stated (pdf).

The country’s services sector saw activity fall for the second consecutive month in August, with employment growth at an 18-month low (pdf).

In France, production levels fell for a third consecutive month. Though inflationary pressures cooled down, firms were buying fewer inputs due to high prices. The service sector saw a decline in new orders.

“The PMI surveys signal that the euro area is entering recession earlier than we previously thought, led by its largest economy Germany, and we now see the euro area ‘enjoying’ a longer, three quarter recession,” Peter Schaffrik at the Royal Bank of Canada told Reuters.

The dismal economic data comes as people across Europe are struggling with inflation. A recent poll (pdf) published by the nonprofit organization More In Common found that only 20 percent of people in Germany were “coping fine” with rising prices. In both France and Poland, only 5 percent admitted to the same.

In Germany, 64 percent expect to cut down on home heating this winter due to high energy prices. It was 60 percent in France and 50 percent in Poland.

The German government has announced a 65 billion euro ($64.3 billion) spending plan aimed at shielding citizens and businesses from rising inflation. However, some economists do not see any positive effect coming from the move.

“Companies have to cut back on the use of energy, which has become expensive, and cut their production accordingly,” he said. Kraemer is expecting Germany to “slide into recession in the autumn.”

Germany’s reliance on Russia for natural gas has put it in a tough spot as gas prices soar uncontrollably. Before Russia’s war with Ukraine, over 55 percent of German gas was procured from Moscow. On Aug. 29, gas prices in Germany exceeded 1,000 euros per megawatt-hour for the first time.

A Reuters poll of economists predicts Germany will have three consecutive quarters of negative growth, beginning this quarter. The country’s gross domestic product in the second quarter of 2022 remained flat when compared to the first quarter.