Book Review: 'The Death of Money' by James Rickards
0 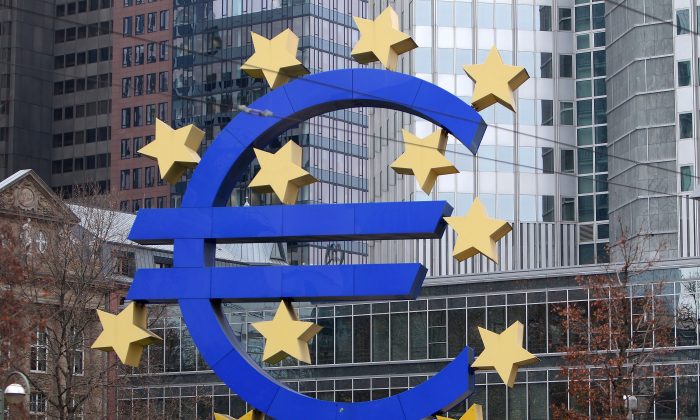 The International Monetary Fund finally made up its mind and included China in its basket of reserve currencies on Nov. 30 What they didn’t tell us, however, was exactly what that basket would look like—until now.

The determination of the weightings and the calculation of the Special Drawing Rights (SDR) exchange rate is very complicated. Suffice it to say the more weight a currency gets, the more important the IMF thinks it is.

The IMF does not waste space telling us that the euro is the biggest loser in the rebalancing, but sometimes two tables are worth more than 1,000 words.

Table 1. New weightings after the inclusion of the renminbi

Table 2. The old weightings after the last review in 2010 and without the renminbi

So in this exercise  of simple numbers, there are two clear winners, two clear losers, and one country that just fits right in the middle.

The euro area is the biggest loser in absolute percentage terms while the United Kingdom loses the most proportionately speaking. Japan can live with the small reduction in the weight of the yen.

The bigger story, aside from the numbers, is how China wants to use the SDR to replace the dollar as international reserve currency. Until then, there are few benefits and more disadvantages for China—despite the big percentage gain.