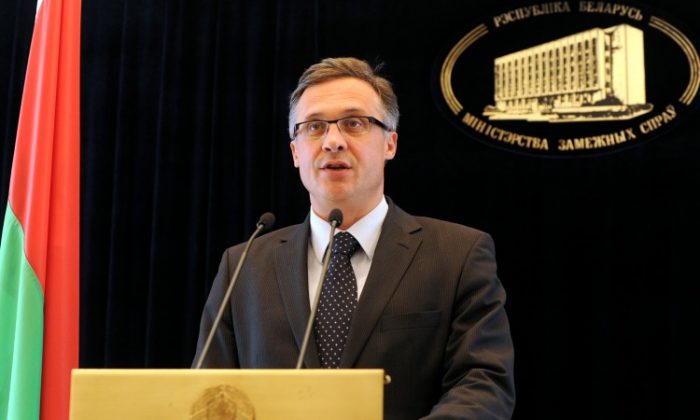 All European Union member states will recall their ambassadors to Belarus in an escalating dispute over sanctions the EU imposed on Minks for human rights violations.

A tit-for-tat began on Tuesday, when the EU expanded its list of Belarus officials subject to travel bans and asset freezes related to the suppression of political opposition in the country.

Minsk reacted by telling the envoys from the EU and Poland return home.

“The head of the EU delegation to Belarus and the ambassador of Poland to Belarus have also been asked to return to their capitals to bring the message to their leadership about the strong view in Belarus that any pressure or sanctions are unacceptable,” Belarusian Foreign Ministry spokesman Andrey Savinykh said, according to Radio Free Europe.

Late Tuesday, EU foreign affairs head Catherine Ashton, said that Poland and the EU would be withdrawing their ambassadors from Belarus and the rest of the EU had agreed to do the same.

“In an expression of solidarity and unity, it was agreed that the ambassadors of the EU Member States in Minsk will all be withdrawn for consultations to their capitals,” Ashton said in a statement.

The initial EU sanctions were imposed in the wake of disputed elections in 2010. After international monitors deemed the elections rigged, mass riots broke out leading the arrest of several opposition candidates and hundreds of protesters.