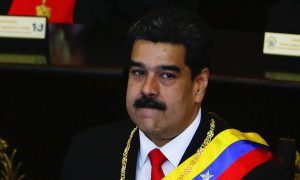 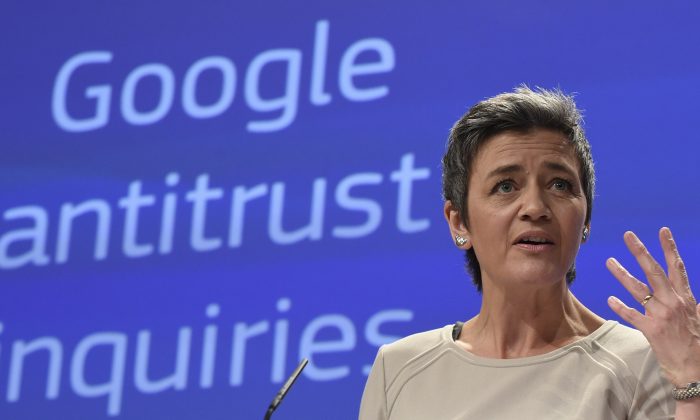 There are some specific words that are not particularly popular with the European Commission: “hi-tech,” “anti-competitive,” and “bundling” to name a few. Throw “U.S. firms” into the mix, and the result is as many expected: Google has been accused of anti-competitive practices in Europe.

The culmination of a three-year investigation, the commission will now examine not only the prominence of Google’s own services in its search results, but also launch an inquiry into Android, Google’s mobile phone operating system.

The European Commission’s competition chiefs have sent a Statement of Objections to Google, requiring the search giant to respond to allegations of anti-competitive behavior in online shopping, where “Shop with Google” links—paid for by advertisers—are promoted over other search results.

Concerns of anti-competitive behavior will similarly form the heart of the commission’s investigation into Android, which is expected to focus on Google’s agreements with tablet and smartphone manufacturers, which might fall under Article 101 of the Treaty of the Functioning of the European Union (TFEU).

These sorts of contractual arrangements include exclusivity agreements, such as where manufacturers are required to preinstall Google’s applications and services exclusively in their tablets and phones—for example, apps such as Google Maps, Gmail, Play, Music, Search, and the other elements of the Google-branded ecosystem. They also include agreements whereby manufacturers are restricted from developing and marketing rival products to those Google offers.

The commission will also investigate Google’s practice of bundling its applications and services. Tying and bundling occurs when the supplier requires that two or more products be purchased together, even though they might not have been requested. This practice can be equated to abuse of dominance, especially when the supplier is a market giant the size of Google—and particularly in Europe where its dominance in search is greater than in the United States and other markets.

This anti-competitive behavior is likely to trigger Article 102 TFEU, which prohibits the abuse of a dominant position due to its likelihood to prevent or restrict competition. Similar issues have dogged Microsoft, which was dragged through the European courts for anti-competitive practices involving, among other things, software bundling and designing its products in such a way that it was difficult for third parties to create compatible products.

In anticipation of the investigation, Google issued a memo presenting its basic argument against the commission’s allegations and aiming to reinforce its brand as a promoter of innovation and an investor in new ideas.

Google points to the open-source nature of the Android system, the pricing of its products, as well as the existence of a vibrant competing market for apps and services—worth US$7 billion in revenue for developers and content publishers last year alone.

The point Google is trying to make is that in a market where innovation thrives and consumers have wide choice characterized by low prices, there cannot be a negative or anti-competitive effect on trade.

Practically speaking, this investigation is likely to lead to a highly protracted court case—the EU case against Microsoft took 16 years. If and when Google is charged with breach of EU Competition Laws, the firm could face fines up to US$6 billion.

But the bigger problem for a company the size of Google is the legal costs such a protracted case will incur. Distracted by arguing its case against the European Commission, Google risks falling behind in its highly competitive and fast-moving industry.

A lesson from the Microsoft saga is the importance of timing—Microsoft was ultimately forced to unbundle software such as its media player from Windows many, many years after the case was brought—at a time when it no longer mattered.

Ultimately, the technology industry and associated markets have unique characteristics in respect of competition law—the pace of innovation means no one can be sure today what tomorrow’s big products will be. Consequently a dominant firm today may be last in line tomorrow.

Competition specialists have long identified this fact and called for caution when intervening, as competition in the field of innovation takes place not in today’s markets, but for the markets of tomorrow.

Evgenia (Jenny) Kanellopoulou joined the Salford Business School in June 2014 as a lecturer in law. She has been a member of the Athens Bar Association since 2010 and, prior to that, she worked at the Patent Office of Greece for two years. First published by The Conversation (theconversation.com).