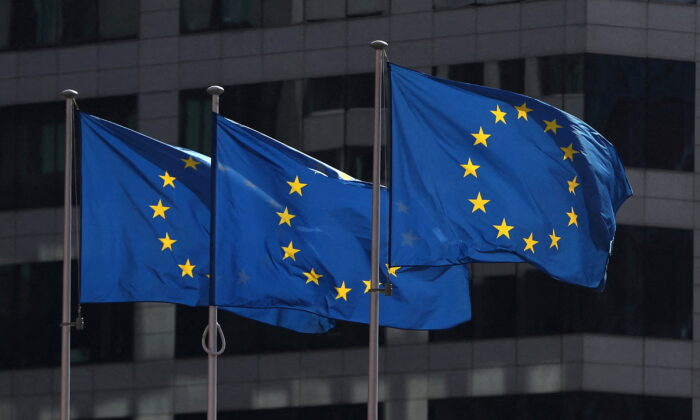 Banks in the European Union should beware of fake news triggering a run on their deposits, the bloc’s banking watchdog warned, concerned about a potential fallout from the Russia-Ukraine war.

“An escalation of the war might trigger an increase in liquidity risks,” the European Banking Authority (EBA) said in its Risk Dashboard report published on April 1. “As market sentiment remains highly volatile and driven by news flow, banks’ liquidity levels can become vulnerable due to spread of inaccurate information. Such campaigns that spread inaccurate information may result in deposit outflows from targeted banks,” the report said.

According to the EBA’s initial assessment, the first-round effects of the war are not a “fundamental threat to financial stability” as direct exposures to Ukraine and Russia are “limited.”

However, the second-round effects—spillover effects caused by responses of individual banks to an external shock—are “more worrying” from the perspective of financial stability, the regulator said.

Second-round impacts can harm the profitability of banks as they will a) receive lower income from asset management, b) have to bear higher funding costs due to an increase in policy rates as well as investor concerns about greater risk and lower profitability, c) meet increased compliance costs due to sanctions against Russia, and d) experience weakening lending activity due to a worsening economic environment.

With regard to the quality of assets owned by banks, the EBA warns that consumer loans can be “one of the most affected segments.” The asset quality of such loans can “deteriorate” as households struggle with higher oil, gas, and food prices.

The banks might have to pay expensive fines due to sanctions breaches, especially if the scope of international sanctions is widened. Russian cyberattacks are also an operational risk.

Banks will have to deal with the risk of indirect exposures from customers who have commercial links with Russia or Ukraine. Russia is the 11th biggest economy in the world and the 5th largest trading partner of Europe. As such, when economic relations between Russia and the world are impacted, EU banks will be affected, the report stated.

Russia’s economic performance is predicted to be poor according to a March 31 news release by the European Bank for Reconstruction and Development (EBRD). While earlier, EBRD had projected Russia’s GDP to grow by 3 percent in 2022, the organization now expects it to fall by 10 percent. For Ukraine, projections of a 3.5 percent growth have been revised to a 20 percent GDP decline.

Meanwhile, the Single Resolution Board, responsible for winding down failing banks in the EU, says that the impact of the Russia-Ukraine war on the bloc is “manageable.” However, the effects of commodity markets on banks need to be watched.

“We are monitoring the entire banking space, looking at first-round impact, which seems from all we are seeing manageable,” Elke Koenig, chair of the Single Resolution Board told a media conference, according to Reuters. “I would not see anything currently that I find deeply troubling for the moment.”