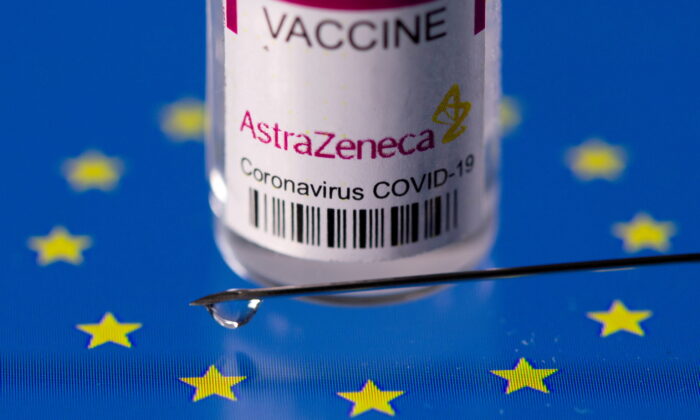 Europe’s drug regulator said on Friday that it could not confirm whether AstraZeneca’s COVID-19 vaccine has any influence on higher risks for unusual blood clots associated with low levels of blood platelets in women and younger adults.

The European Medicine Agency (EMA) said in a statement it was requested by the European Commission to provide a scientific opinion following initial reports of thrombosis with thrombocytopenia syndrome (TTS) linked to AstraZeneca’s COVID-19 vaccine, known as Vaxzevria.

“The evidence did not allow EMA to identify particular risk factors that make TTS more likely,” the drug regulator said.

“Although spontaneous reports … have suggested that the risk may be higher in women and in younger adults, and lower after the second compared to the first dose, the limitations of the way the data is collected mean that none of these differences could be confirmed.”

A committee that is responsible for elaborating EMA’s opinions on all issues regarding medicinal products for human use also concluded a further analysis of whether delaying the second dose of Vaxzevria has any influence on the risk of TTS.

“There is no evidence that delaying the second dose has any influence on the risk of TTS,” the committee said.

The European health agency said it was reiterating that the second dose can be continued to be given between four and 12 weeks after the first. It also added that no definitive recommendations could be currently given on the use of a different vaccine for a second dose following a first with AstraZeneca’s shot.

EMA said the study was based on all available data related to TTS, including from a database that is focused on collecting suspected adverse reactions to medicines that are authorized or being studied in clinical trials in the European Economic Area.

AstraZeneca’s Vaxzevria is a two-shot vaccine developed along with the University of Oxford.

The drug regulator first began looking into the adverse conditions in April after dozens of blood clotting cases, including deaths, were reported in people after receiving the shot.

Adverse reactions that were possibly related to the jab prompted more than a dozen countries to pause the use of AstraZeneca’s COVID-19 vaccine earlier this year as a precaution while investigators looked into reported cases of blood clots among vaccinated people.