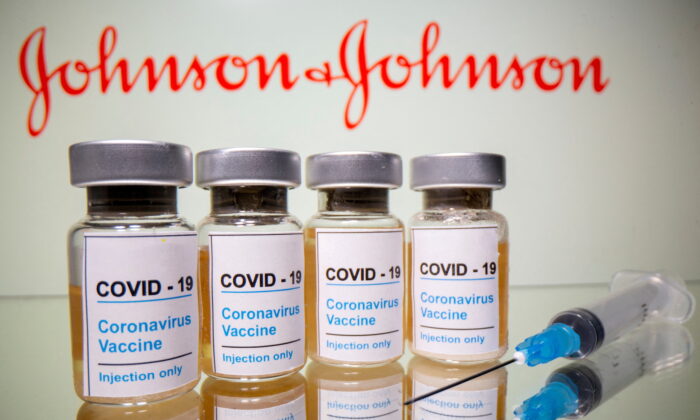 The European Union’s drug regulator on Dec. 15 concluded that a Johnson & Johnson (J&J) COVID-19 booster dose may be considered for people who are 18 and older at least two months after their initial shot.

The European Medicines Agency (EMA) said in a statement that the recommendation by the agency’s human medicines committee follows data it reviewed showing that a second dose of the one-dose vaccine led to a rise in antibodies against the CCP (Chinese Communist Party) virus, which causes the disease COVID-19.

The agency noted that the risk of a previously reported side effect, namely a type of clot called cerebral venous sinus thrombosis in combination with low levels of blood platelets, isn’t known after a booster is administered, adding that it’s “being carefully monitored.”

“As for all medicines, EMA will continue to look at all data on the safety and effectiveness of COVID-19 Vaccine Janssen,” the agency said in the statement. Janssen is a pharmaceutical unit of J&J.

Earlier this year, multiple countries on a global level recommended not using the J&J shot until the investigation into cases of post-vaccination blood clots was completed. The halt came after dozens of cases, which included deaths, were reported after people got the shot.

The EMA also said that a dose of the J&J shot can be used as a booster dose in those who have received two doses of one of the mRNA vaccines from Pfizer-BioNTech or Moderna, in line with its recommendation on mixing vaccines.

In the United States, the Food and Drug Administration (FDA) gave the green light in October to the J&J booster dose. The FDA also said, similar to the EMA, that J&J boosters can be given to the eligible population who have previously taken a different vaccine brand.

Internationally, many countries are stepping up the rollout of booster doses as longevity of protection offered by standard vaccination has been under scrutiny because of Omicron, a strain of the CCP virus that was first noticed in South Africa last month. Worldwide, only one patient has died after contracting the Omicron variant.

Dr. Anthony Fauci, chief medical adviser to the Biden administration, advised Americans on Dec. 12 to get a COVID-19 booster shot because it can raise “the level of protection high enough that it does do well against the Omicron.”

Fauci made the recommendation after data showing the Omicron variant of the coronavirus appeared to be able to “evade” the protection of antibodies induced by vaccines.