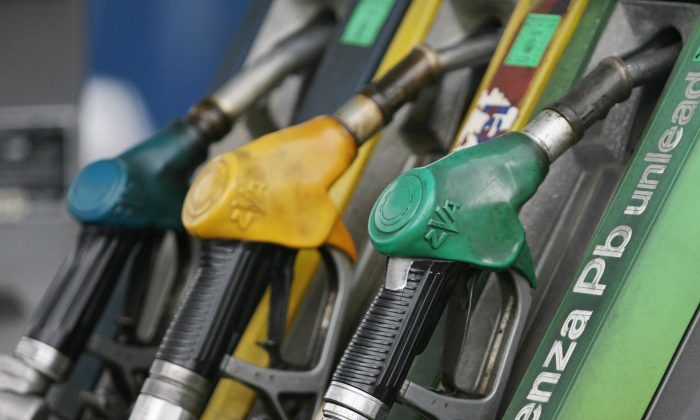 The European Commission has raided oil companies in an investigation into the setting of oil prices.

Shell, BP, and Statoil confirmed that they were co-operating with an investigation which follows recent criticism that oil pricing could be prone to manipulation.

The investigation also comes in the wake of the Libor scandal last year, when it emerged traders had tried to rig a crucial inter-bank lending rate.

In addition to the three oil companies, price reporting agency Platts also confirmed it was co-operating with the investigation.

The Commission, the executive branch of the European Union (EU), said in a statement that it had carried out unannounced inspections of companies it was concerned had colluded to manipulate published oil prices. “Furthermore, the Commission has concerns that the companies may have prevented others from participating in the price assessment process, with a view to distorting published prices,” said the official statement.

Although the potential manipulation of prices could be tiny, the knock-on effect on markets and ultimately consumers could be huge warned the EU.

“The prices assessed and published by Price Reporting Agencies serve as benchmarks for trade in the physical and financial derivative markets for a number of commodity products in Europe and globally. Even small distortions of assessed prices may have a huge impact on the prices of crude oil, refined oil products and biofuels purchases and sales, potentially harming final consumers,” stated the Commission.

Oil price regulations have been a concern for over a decade, with oil prices having a massive impact on many elements of economies. When oil prices spiked in 2008, regulators in Europe and the US began to wonder if the level of fluctuations–which were hard to explain due to usual market pressures–were due to some level of price distortion.

Last August, Total Oil criticized pricing indexes in a letter to regulators: “We encounter, several times a year, estimates of market prices on key indices that are out of line with our experience of the day and with the available information on which the price formation is based.”

The letter was sent to the International Organisation of Securities Commissions (IOSC), an overarching body of regulators, as it investigated  stepping up control of the relatively unregulated world of oil pricing. The IOSC in October rolled out an 18 month trial of new regulations that fell far short of the stringent rules many had advocated.

Platts is one of the world’s leading price reporting companies. It reports oil prices through companies running oil trade through an “electronic window” for a half-hour each day, rather than simply through polling traders.

Critics say the system is open to manipulation because it provides pricing based on only a half-hour snapshot of the day’s trading.

“I remember looking at these sorts of issues 10 years ago, and nothing has changed, it’s sort of an accident waiting to happen,” Craig Pirrong, Professor of Finance at the University of Houston, told Reuters.

“Regulators and law enforcement officials are quite upset with this sort of alleged conduct and they have proven that they are willing to go after companies that misreport for very large sums of money,” Pirrong said. “Potentially, the exposure is quite large.”

Lord Oakeshott, a senior Liberal Democrat and former Treasury spokesman, said he would ask the UK government to investigate.

“Rigging oil prices would be as serious as rigging Libor,” he told the Telegraph. “The price of energy ripples right through our economy and really matters to every business and families.”

According the BBC,  BP, Shell, and Statoil confirmed that their companies were assisting the European Commission with their enquiries, but declined to comment further for legal reasons.

Platts is widely reported to have confirmed it is co-operating with enquiries, although it is unclear whether it is also a direct subject of investigation.

The EU Commission stated: “Unannounced inspections are a preliminary step to investigate suspected anticompetitive practices. The fact that the Commission carries out such inspections does not mean that the companies are guilty of anti-competitive behaviour nor does it prejudge the outcome of the investigation itself.”