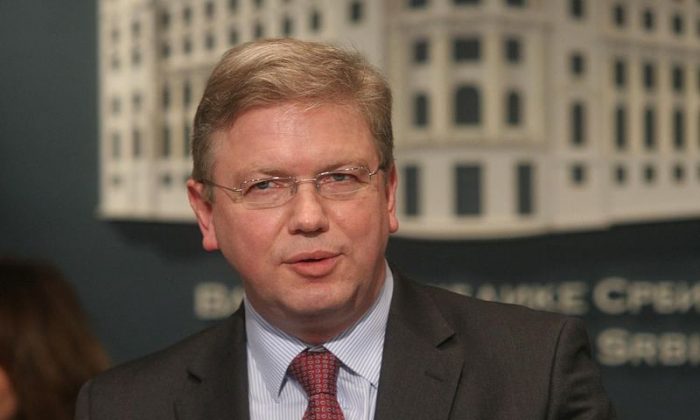 On Wednesday, in a political exercise akin to A-level results day, the European Union’s candidate countries anxiously awaited the release of progress reports that would assess the headway they’d made towards coveted membership. Only months after Croatia became the EU’s 28th Member State, the results made clear that Brussels has no intention of adding a 29th any time soon. Despite some good news, notably for Serbia and Albania, the reports are clear that significant obstacles remain.

Turkey’s progress report was one of the most anticipated, following Prime Minister Recep Tayyip Erdogan’s harsh crackdown of mass protests in May sparked by the bulldozing of an Istanbul park. Overall, the 100-page document painted a picture of a difficult year of uneven progress. The Gezi protests did make their mark in various sections as many had hoped. The report said that, “[t]he excessive use of force by police and the overall absence of dialogue during the protests in May/June have raised serious concerns,” later adding, “[t]his [the protests] underlines the urgent need for further reforms and the promotion of dialogue across the political spectrum, and in society more broadly.”

Critics say, however, that the government got off easy with a slap on the wrist. The opposition Republican People’s Party (CHP) responded, “[t]he report basically reveals that the AKP cannot carry Turkey a step forward towards the EU.” Meanwhile, the government has remained relatively quiet, taking advantage of the report’s publication coinciding with the major religious holiday of Eid al-Adha. EU Minister Egemen Bağış fired back on twitter, “We said to the EU…[it’s] like Christmas so don’t release it that day. But they don’t listen.”

Both Serbia and Albania can finish the year on strong footing. In the press statement accompanying the Serbia report, the EC lauded a, “historic year for relations between the EU and Serbia with the decision to open accession negotiations.” Despite this milestone, the Serbian economy is in need of significant restructuring, with the country dipping back into recession this year, and the Kosovo question remains to be solved. For Kosovo itself, however, membership remains a distant hope, the report hinted.

In the Former Yugoslav Republic of Macedonia, the EU has also given the thumbs up to accession talks, saying it’s “time to break the vicious link.” Stefan Füle, the Commissioner overseeing enlargement and neighbourhood policies, was referring to Greece’s four-year block on EU and NATO talks with the small Balkan republic over the country’s name. Meanwhile, the talks with Bosnia and Herzegovina have stalled completely after the political class failed to reach a deal on electoral reforms imposed by a decision of the European Court of Human Rights.

There is little doubt behind closed doors that the former Yugoslav republics will be able to count themselves members of the EU at some point in the future, although it will be a long road ahead. Following th ‘big bang’ enlargement of 2004 and the subsequent membership of Romania and Bulgaria, the EU has suffered from what many analysts have termed ‘enlargement fatigue’. Further raising the bar for potential candidates is the persistence of corruption and organised crime in certain Member States, notably Romania and Bulgaria.

Croatia, which officially joined the EU in July, underwent a grueling, ten-year effort before it became the Union’s latest member. The country was forced to solve a tricky border dispute with its neighbour Slovenia and embarked on a decade long campaign against corruption, culminating in the conviction of former Prime Minister Ivo Sanader for taking bribes. On the economic front, considerable restructuring of the economy was necessary to comply with the EU’s strict competition policy. The country’s shipping industry notably was painfully weaned off State-aid as a strict requirement for membership. Croatia, though, now seems to be on strong footing, having tackled the major obstacles towards Europeanisation.

Croatia’s Balkan neighbours can expect similarly high standards for membership. Brussels’ has become painfully aware that it has considerably less leverage over Member governments to enact reform once a country has joined the club. Turkey, however, finds itself in a more complicated situation. The country’s 26-year membership bid is still politically blocked by governments in Paris and Berlin. For the time being, however, Stefan Füle has said that membership negotiations are still the best framework to pursue relations with Ankara.