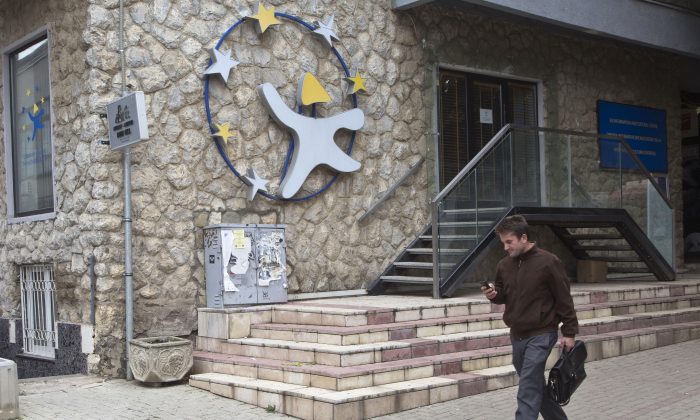 Kosovo last week signed a stabilization and association agreement with the EU, considered a milestone for its economic growth. Hahn visited on Friday.

“Our plea is always that the political debate should take place in the parliament by all the elected members,” Hahn said at a news conference with Kosovo Prime Minister Isa Mustafa.

During the past two months, the Kosovo opposition has disrupted Parliament using tear gas, whistles and eggs to demand the government renounce deals with Serbia that give more powers to Serb-dominated areas of Kosovo, and with Montenegro on border demarcation.

“The speed of moving toward the EU is usually determined by the country itself,” he said.

Hahn said that Brussels will provide Kosovo with about 650 million euros ($706 million) until 2020 to boost the rule of law, governance and public administration, as well as economic development and competitiveness.

Although it is warning Parliament against holding other sessions, the opposition let Hahn speak, allowed a vote Monday and last week let the Austrian president speak.

“I hope that the Assembly is not only available for foreign guests” said Hahn.

Kosovo declared independence in 2008, a move not recognized by Serbia.