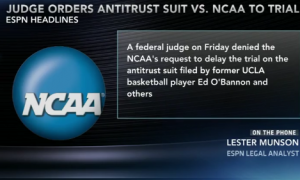 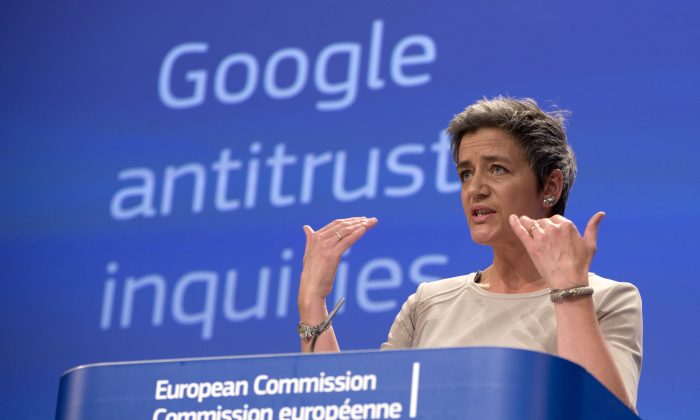 European Union's competition chief Margrethe Vestager speaks during a media conference regarding Google at EU headquarters in Brussels on Wednesday, April 15, 2015. The European Union's executive hit Google with an official antitrust complaint on Wednesday that alleges the company abuses its dominance in Internet searches and also opened a probe into its Android mobile system. (AP/Virginia Mayo)
US

The EU’s executive Commission said Thursday it had sent a statement of objections to the companies regarding what it says are “contractual restrictions” that prevent Sky offering its full service to consumers beyond Britain and Ireland.

The companies mentioned in the statement are NBCUniversal, Paramount Pictures, Sony and Twentieth Century Fox as well as Disney, Warner Bros. and Sky UK.

“European consumers want to watch the pay-TV channels of their choice regardless of where they live or travel in the EU,” EU Commissioner Margrethe Vestager said. “Our investigation shows that they cannot do this today.”

Since the suspected restriction runs counter to one of the cornerstones of the European Union — the abolition of all impediment to trade within the EU’s borders — the Sky UK case raises questions for other broadcasters across Europe.

The Commission, which wields vast powers when it comes to antitrust and anticompetitive practices in the EU, confirmed it is also looking into similar cases including Canal Plus of France, Sky Italia of Italy, Germany’s Sky Deutschland and DTS of Spain.

In a statement, Sky acknowledged receipt of the Commission’s objections and said it will “respond in due course.”

The Commission, which opened a probe into the seven companies and their territorial contracts in January 2014, found clauses requiring Sky to block access to films through its online or satellite pay-TV services to consumers outside Britain and Ireland — so-called “geo-blocking.”

It also said found that some contracts required studios to prevent their services being made available in the two countries to others than Sky — another potential restrictive practice.

“Licensing agreements between the major film studios and Sky UK do not allow consumers in other EU countries to access Sky’s UK and Irish pay-TV services, via satellite or online,” Vestager said. “We believe that this may be in breach of EU competition rules.”

The firms named now have the right to respond. There is no legal deadline for the Commission to complete antitrust inquiries.

If the Commission decides that antitrust rules have been infringes, companies can be forced to pay a fine which can theoretically go as high 10 percent of overall annual turnover.