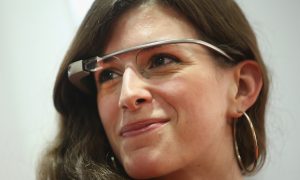 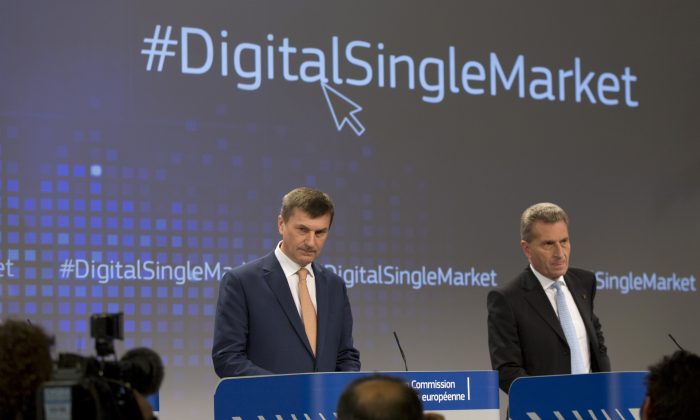 EU Moves to Help Tech Companies Compete With US Giants

BRUSSELS—The European Union has unveiled a long-term strategy to help its technology companies compete with U.S. giants like Google and Amazon by unifying the continent’s digital sector and taking a hard line on abuses by dominant firms.

The plan will mean making e-commerce easier across borders among the EU’s 28 states.

It will also entail a new look at where industry giants may be stifling competition in online trade. That means reassessing the way companies like Google, Amazon, Facebook, or e-Bay handle online trade.

The EU touted the plan as an ambitious effort to foster new companies and create jobs in a region still struggling with the after-effects of the financial crisis.

“Creating a digital single EU market will be a big step in helping European firms to compete on an equal footing,” said Mark Skilton, a professor at the Warwick Business School.

The response from the technology industry was lukewarm.

The rules would also take years to have an impact, with a final report on the new plan due only in two years.

Making it easier to trade and use services across EU countries is a key point.

The different regulations are a problem because privacy and consumer protection might be very different in, say, Romania and Sweden.

Europe has trouble selling on the digital marketplace even when the rubber meets the road—literally. Almost two-thirds of online companies say that costs for parcel delivery are too high. So that needs to come down.

The Commission also plans to end so-called geo-blocking, the practice of limiting services to one country’s borders. That would end the frustrating experience of traveling to a neighboring country and suddenly finding services like online TV streaming blocked.

National copyright rules are also in the EU’s crosshairs. It aims to improve traveler access to films, music, or online news. At the same time it would crack down on infringements.

The Commission will seek common criteria for telecom rules across the bloc.

Part of this effort is an inquiry into e-commerce rules to assess how much dominant companies might be stifling competition. The EU’s ongoing antitrust battle with Google, in which it alleges the company favors its own services in its search results, is part of this EU effort to make a level playing field.

EU Competition Commissioner Margrethe Vestager threatened to take action if any other breaches of competition rules were found.

The Commission will also analyze search engines, social media, and app stores to ensure their pricing policies, transparency, and data privacy practices are up to scratch. The move is potentially controversial as it could hurt established companies like Facebook and Google by possibly making them alter their data privacy standards.

The EU Commission wants to ease restrictions on access to data. That, it maintains, would encourage innovation by allowing more companies to tap the same information.

It would give priority to online health services, transport planning, or energy.

The EU also wants to connect business registers across Europe, helping to cut red tape for businesses and citizens.

It also wants to entice investors to improve the high-speed broadband network.