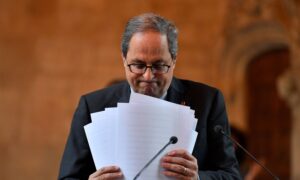 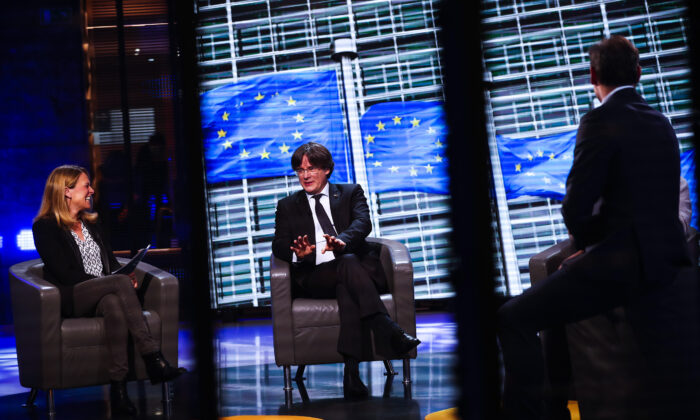 BRUSSELS—The European Parliament on Tuesday lifted the immunity of the former president of Spain’s Catalonia region, Carles Puigdemont, and two of his associates, a move that could pave the way for their extradition and reopen the scars of separatism in Spain.

The Spanish government immediately welcome the decision by the European Union’s legislature as a victory for the rule of law and against those who sought to break the rich northeastern region away from the rest of Spain.

The decision will likely also extend the 3 1/2-year legal saga on the fate of the three separatists by months, if not years, since many avenues for appeal remain open before any possible extraditions.

In the decision on Puigdemont, 400 legislators voted for the waiver of immunity, 248 were against and 45 abstained. The measures to lift the immunity of his associates—former Catalan Health Minister Toni Comín and former regional Education Minister Clara Ponsatí—were by largely similar margins.

“We have lost our immunity, but the European Parliament has lost more than that. And as a result, European democracy, too,” Puigdemont said afterward. “This is a clear case of political persecution.”

He said that “the European Parliament has unfortunately fallen into this strategy.”

Puigdemont and a number of his separatist colleagues fled to Belgium in October 2017, fearing arrest after holding an independence referendum for Catalonia that the Spanish courts and government said was illegal.

In 2019, Puigdemont and his two associates won seats in the European Parliament and were afforded protection as members of the EU assembly.

Ponsatí said the three will appeal the assembly’s decision to the EU’s higher courts in Luxembourg.

“We are very convinced that we have very strong grounds for this appeal,” she said, adding that the legislature’s handling of the move was “clumsy, sloppy and without due procedure.”

“The conflicts of interest that interfere in the process were outrageous,” she said.

Spanish Foreign Minister Arancha González Laya said the assembly’s decision showed that Puigdemont and his two aides can’t hide behind their legislative seats to avoid appearing before the justice system. In a video statement, González Laya also said the decision meant that “the problems of Catalonia are solved in Spain, they are not solved in Europe.”

Dolors Montserrat, a European lawmaker with the center-right European People’s Party and a former Cabinet member of the Spanish administration that ousted Puigdemont, told Spanish broadcaster TVE: “Spain wins, Europe wins, democracy wins.” She added the decision certified that Puigdemont is “a fugitive who has to answer before Spanish courts.”

Iratxe Garcia Perez, the leader of the S&D socialist group, said “the European Parliament doesn’t judge anybody. We just guarantee that justice does its job. A clear majority, absolute majority of the parliament, supported the fact that Spanish justice should be able to do its job.”

Despite the wide margin to lift the three lawmakers’ immunity, Comín said the vote did show two sides of the debate, noting that many European lawmakers “are telling the minister that they don’t trust the Spanish justice.”

The 2017 independence vote in favor of Catalonia breaking away from Spain was a landslide, but those in favor of Spanish unity spurned the vote. The central government in Madrid declared the vote illegal and unconstitutional. Hundreds of people in Catalonia were injured in a police crackdown on the day of the poll.

Spain has attempted to have Puigdemont returned for trial but failed to persuade Belgian justice authorities to extradite him. Spain could well start new efforts now to have him extradited.

Since 2017, official elections have repeatedly shown that Catalan voters are equally split by the secession question. In a regional election last month, Catalonia’s arm of the Socialist Party that leads the ruling coalition at the national level obtained a narrow victory, although separatist parties broadened their majority in the northeastern region’s assembly.

By Raf Casert and Aritz Parra