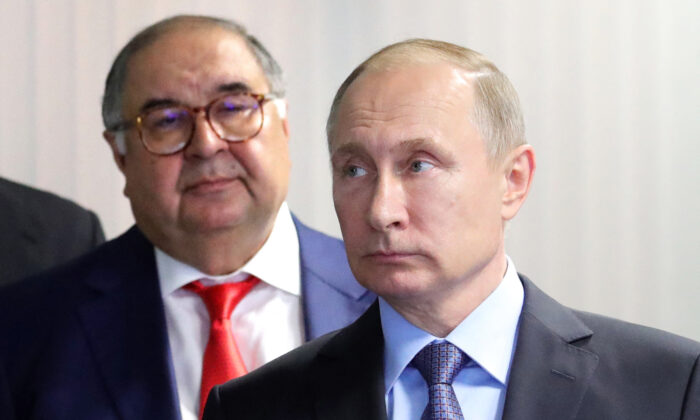 The EU is struggling to enforce the sweeping sanctions it has levied against Russian oligarchs due to legal constraints and enforcement issues, Reuters reported.

The EU’s 27 member states have imposed a number of sanctions on Russia in recent weeks since the start of President Vladimir Putin’s “special military operation” in Ukraine.

Those sanctions have targeted many of the country’s super-rich “oligarchs” and those with close ties to Putin, including politicians, businessmen, military staff, and more.

Yet while such individuals should see their bank accounts and assets frozen under the sanctions, so far, only a small portion of their funds have been impacted, according to Reuters.

The keys issues are legal constraints and difficulties in tracking down the oligarchs’ wealth, among other things.

Even when sanctions are in place, most EU countries are only able to go as far as freezing assets, meaning that while the assets can not be sold, transferred, or seized by the state, they can still be used by their owners, Reuters reported.

This effectively means that a Russian national who has been sanctioned by the EU could continue to live in a home even after he or she has had it frozen by authorities.

“In most member states, this is not possible and a criminal conviction is necessary to confiscate assets,” the European Commission (EC) told Reuters.

Poland is among a number of countries that have advocated for heavy sanctions to be placed on Russia. However, government spokesperson Piotr Muller told Reuters that the country would need to change its constitution to allow it to seize assets.

France has frozen around 850 million euros belonging to individuals who have been blacklisted, including properties and yachts, the finance ministry told the news agency. But still, owners are able to use their physical assets.

Elsewhere, Italian lawyers told Reuters that separate legal proceedings would be needed for the country to be able to seize frozen assets.

However, Belgium appears to have had more success than any other EU country so far, having frozen roughly 2.7 billion euros in bank accounts and 7.3 billion euros in transactions, Reuters reports.

The country’s finance ministry said it has not identified any property belonging directly or indirectly to a blacklisted person.

Tracking down the assets is another issue, as many of those Russians who have been sanctioned by the West, such as Alisher Usmanov, have shifted assets to offshore companies and accounts.

A spokesperson for Uzbek-born Russian business magnate Usmanov, who has been sanctioned by The European Union, the United Kingdom, the United States, and Switzerland, said this week that he no longer owns many of his former properties, meaning he could potentially avoid such penalties.

His spokesperson told The Guardian that the majority of the billionaire’s UK properties, as well as his yacht, had been “long ago transferred into irrevocable trusts.”

“From that point on, Mr. Usmanov did not own them, nor was he able to manage them or deal with their sale, but could only use them on a rental basis,” the spokesperson said. “Mr. Usmanov withdrew from the beneficiaries of the trusts, donating his beneficial rights to his family.”

Despite this, the UK government said it was confident that the sanctions placed on Usmanov would still be effective.

The report by Reuters come shortly after the United States sanctioned over 400 Russian elites, Duma members, and defense companies on March 24.

In total, as part of a coordinated response between the European Union and G7, and the United States, over 600 Russians have been sanctioned.

An initiative focused on sanctions evasions has also been established between the U.S., G7 leaders, and the EU which will “share information about and coordinate responses related to evasive measures intended to undercut the effectiveness and impact of our joint sanctions actions,” according to the White House.

“Together, we will not allow sanctions evasion or backfilling. As part of this effort, we will also engage other governments on adopting sanctions similar to those already imposed by the G7 and other partners,” according to a White House press sheet.