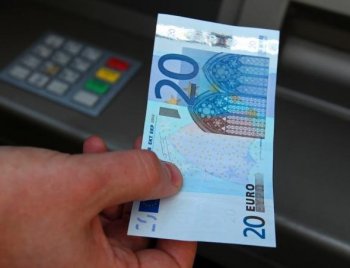 Over the weekend, Ireland applied for a bailout from the EU and the International Monetary Fund (IMF) and on Wednesday detailed a $15 billion deficit-cutting plan.

Almost immediately, on Tuesday, Standard & Poor’s cut Ireland’s debt rating by two notches from “AA-” to “A,” with a negative outlook to reflect the increasing uncertainty over the nation’s bonds. The ratings cut had a negative effect on neighboring countries.

Irish stocks fell broadly on Wednesday, especially the banking sector. The Bank of Ireland Plc, the nation’s biggest lender, plunged for a third straight day, and investors worry that it may come under government ownership in the near future. Shares of the bank were down 25 percent on Wednesday afternoon. Second-biggest lender Allied Irish Banks Plc also fell.

Ireland’s woes are affecting the bond yields—or the amount of return investors demand on a bond—of Portugal and Spain, speculating that these nations may need a similar bailout as a result of a widening European debt crisis. As bond yields rise, bond prices typically fall.

Public sector workers in Portugal took to the streets on Wednesday in a strike to protest austerity measures enacted by the government.