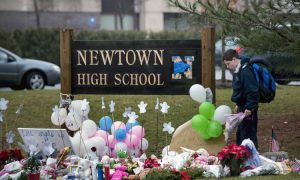 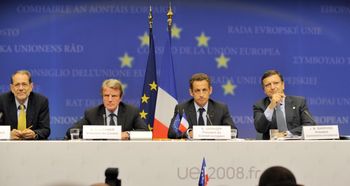 The European Union’s emergency session on the Russia-Georgia conflict on Monday concluded with blunt criticism of Russia’s military presence in Georgia but stopped short of imposing any sanctions on Russia.

“The European Council is seriously concerned by the open conflict in Georgia, by the resulting violence and by Russia's disproportionate reaction,” reads a joint statement by EU leaders at the conclusion of the summit.

“This conflict has created great suffering. Such military actions are not a solution and are not acceptable. The European Council deplores the loss of human life, the suffering inflicted upon people, the number of displaced people and refugees and the significant material damage.”

EU leaders, while being careful to avoid isolating Russia or moving towards a “new Cold War,” have decided to delay talks on a new EU-Russia partnership agreement until Russia withdraws its troops from Georgia to their pre-conflict positions.

The EU will also help Georgia in rebuilding its economy and would consider creating a free-trade area with the former Soviet republic, the summit decided.

The summit also reiterated in the joint statement that French President Nicholas Sarkozy, who currently holds EU’s rotating presidency, will travel to Moscow on September 8 to ensure Russia adheres to an EU six-point plan for a ceasefire.

“The crisis in Georgia brings the relationship between the EU and Russia at a crossroads. The European Council considers that, because of mutual dependence between the European Union and Russia, and the global issues to which they are confronted, there is no desirable alternative to a strong relation,” says the statement.

EU leaders have also decided to send civilian observers to Georgia to ensure Russia is abiding by the ceasefire agreement.

Russian troops entered Georgia in early August after Georgia tried to take control of the South Ossetia, which broke away from Georgia in the early 1990s.

The two countries signed an EU-brokered cease-fire agreement in mid-August, and Russia has withdrawn most of its troops since then. However, some Russian forces still remain in Georgian territory.