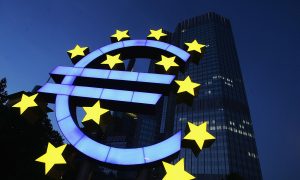 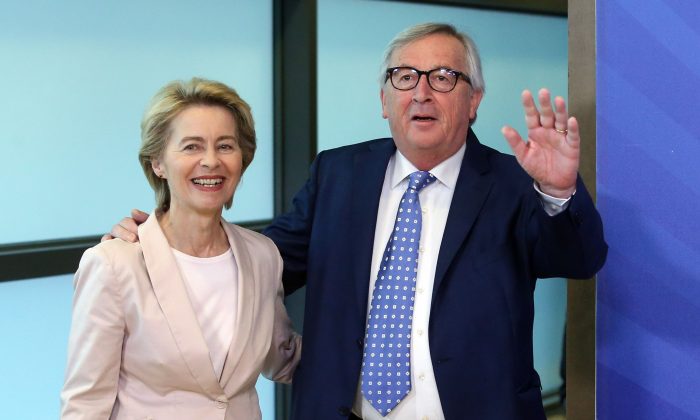 BRUSSELS—The European Union could be poised to adopt a tougher stance toward China with the expected appointment of Germany’s defense minister as the next boss of the bloc’s executive arm.

Ursula von der Leyen has been highly critical of Beijing’s record on human rights and personal freedom and has accused the Chinese regime of carrying out economic cyber-attacks in Western countries.

The 60-year-old center-right politician, a close ally of German Chancellor Angela Merkel, will be the first woman president of the European Commission if she’s confirmed by a vote of European lawmakers next week.

She has previously berated European leaders for paying too little attention to the actions of China, saying Beijing is putting on a business-friendly front while “attacking economically” against the EU.

In an interview with German newspaper Die Zeit in January, Von der Leyen said the bloc should apply the same “guidelines” to China as it does to Russia and must not “underestimate itself” in terms of the influence it can have on Beijing.

“Where Russia attacks the cyber sector militarily, China takes economic advantage. We must define and enforce our interests in terms of China together as Europeans,” she said. “They are not as aggressive towards us as Vladimir Putin’s Russia. China gently ensnares us. And that’s why we often overlook how consistently it pursues its goals and how cleverly.”

Von der Leyen also attacked Beijing’s record on personal freedoms, criticizing the way it treats its citizens and predicting they will eventually rise up against the communist administration.

“I am firmly convinced that the pursuit of freedom defines man. Therefore, the Chinese will not put up with it, in the long run, that their government keeps a data account about the complete professional and social behavior of every single citizen that decides, for example, which child is allowed in which school, and who gets an apartment,” she said.

If confirmed, Von der Leyen would be taking the helm at the Commission at a time when the EU has only just begun to flesh out a long-term approach toward managing ties with China.

She will inherit a series of key decisions, including whether to allow the telecoms giant Huawei to provide 5G services on the continent and where the bloc should position itself in the escalating U.S.-China trade war.

European diplomats said member states expect the German defense minister to be “more Atlanticist than Oriental” and said she will attempt to establish strong ties in Washington, despite recent tensions.

Kenneth Roth, the executive director of Human Rights Watch, said he hopes the German politician “doesn’t lose her voice” over criticizing Beijing once she takes office.

Diplomats in Beijing are consequently braced for a more confrontational era of China-EU relations over the five years of her mandate, compared to the softer approach taken by Jean-Claude Juncker.

A former Chinese diplomat told the South China Morning Post, “Juncker has been very careful in treading a fine balance in criticizing China’s economic policies without going too far on our politics and human rights.”