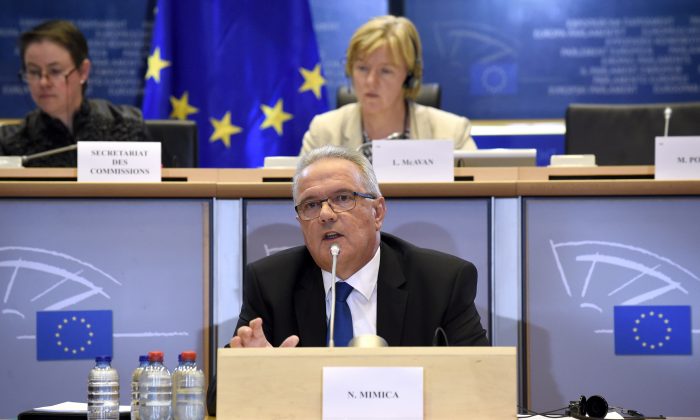 BRUSSELS—It is only once every five years that new European Union (EU) ministers are elected to serve as their country’s representative in the European Commission, the EU’s executive branch.

On Monday, these commissioner-elects started a rigorous ten-day vetting process, which includes a series of public hearings in which members of the European Parliament (EP) scrutinize their qualifications for their respective fields.

One minister from each of the 28 EU nations is selected by voters in their respective countries, and the Commission president is responsible for assigning them a field of expertise, called a portfolio.

The parliament will vote to approve all of the candidates for their portfolios later this year.

The process in not just a formality. Last time, the representative from Bulgaria, was replaced after the European Parliament raised objections, delaying approval of all of the commissioners till February. In 2004, two commissioners were replaced and one assigned a new portfolio under pressure from the Parliament.

“This is our right and our opportunity to influence the development [of the EU],” said Alojz Peterle, member of the European Parliament and former Prime Minister of Slovenia.

Soon-to-be President of the Commission and a former mayor of Luxemburg, Jean-Claude Juncker, has assigned the 27 commissioner candidates their portfolios earlier in September. They cover all major areas, such as energy, jobs, culture, health, and more.

The candidates are quizzed not only on how well they fit their portfolio, but on how well they will function in the system of the Commission, where they share many responsibilities and need to be able cooperate well with others. The European Parliament is responsible for making sure each is well qualified to be a commissioner as well as serve in their respective field.

“There are a lot of things to do, especially [since] we are still in crisis. We need very high growth, 3-4 percent. One percent is not enough for us,” said Buzek. “The European Commission must answer such expectations of the European citizens.”

Juncker has already been chosen to succeed incumbent Commission President, José Manuel Barosso, and is scheduled to take office on Nov. 1.