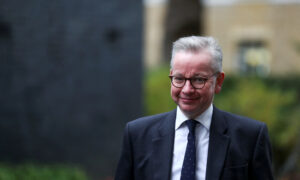 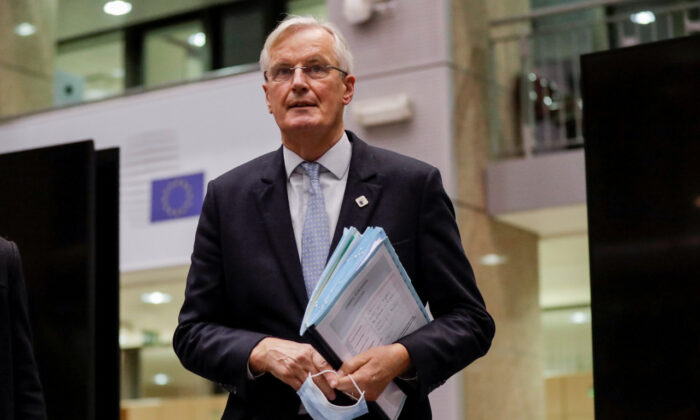 The chief Brexit negotiator for the EU has moved to revive talks, telling his British counterpart that they remain available to “intensify” discussions in London this week.

Brexit negotiations are at a crunch point, with the UK government today issuing a warning to businesses to prepare for no-deal after the prime minister last week said there was no point in continued negotiations.

“I confirmed that the EU remains available to intensify talks in London this week, on all subjects, and based on legal texts,” he wrote in a statement on Twitter. “We now wait for the UK’s reaction.”

Michael Gove, the cabinet minister in charge of preparing for a no-deal Brexit, told Parliament that he welcomed the move as a constructive step towards a Brexit trade deal.

“Obviously, we need to make sure that we work on the basis of the proposed intensification that they propose,” he said.

The latest development follows the failure of what was billed as a “Brexit Summit” on Thursday to deliver an accord.

Johnson said on Friday it was now time to prepare for a no-trade deal Brexit unless the EU fundamentally changed course, bluntly telling Brussels that there was no point in continuing the negotiations.

“I have concluded that we should get ready for January 1 with arrangements that are more like Australia’s based on simple principles of global free trade,” Johnson said.

“With high hearts and with complete confidence, we will prepare to embrace the alternative and we will prosper mightily as an independent free trading nation, controlling and setting our own laws,” he added.

The following day, EU heads of government rushed to say that they wanted a trade deal and that talks would continue, though not at any price.

“We are ready for a deal, but not at any price,” he said.

The Confederation of British Industry and other business leaders over the weekend urged the government to swiftly strike a deal, saying a quick agreement “matters greatly for jobs and livelihoods”.

“Businesses are doing what they can to prepare for Brexit,” a joint statement from over 70 organizations representing 7 million workers said. “But firms face a hat-trick of unprecedented challenges: rebuilding from the first wave of COVID-19, dealing with the second and uncertainty over the UK’s trading relationship with the EU.

“That’s why more than three-quarters of UK firms say they need a deal, quickly.”