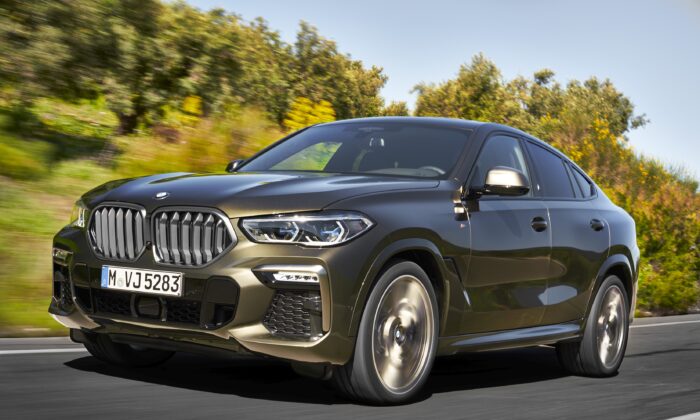 The European Union approved on March 14 a ban on exports to Russia as part of its fourth round of sanctions in response to Russia’s invasion of Ukraine.

The new sanctions come as the United States and the other industrial nations comprising the Group of Seven—Canada, France, Germany, Italy, Japan, and the United Kingdom—along with the European Union, have said they intend to strip Russia of its “most favored nation” status and will work to deny the country the benefits of international trade.

European Commission President Ursula von der Leyen announced on March 11 the fourth package of restrictive measures against Russia, which also include a total ban on exports of luxury goods to Russia.

The EU luxury goods sanctions are expected to hit France and Italy the hardest, as the sanctions are focused on designer brands favored by Russian elites.

“Those who sustain Putin’s war machine should no longer be able to enjoy their lavish lifestyle while bombs fall on innocent people in Ukraine,” said von der Leyen, and added they were taking further measures to “drain resources [Russia] uses to finance this barbaric war.”

Several European carmakers had already voluntarily suspended sales to Russia due to public outcry over the conflict.

The measure would apply to automobile models from the companies listed above, as well as Ferrari. The export ban would also include boats and planes, as well as chairlifts and motorbikes worth more than 5,000 euros ($5,474).

Mercedes-Benz, BMW, and Volkswagen AG (parent company of Porsche and Audi) halted their vehicle exports to Russia at the beginning of March.

The European carmakers hope that robust global demand will compensate for the loss of exports to Russia.

Luxury vessels owned by Russian oligarchs in Europe have also come under scrutiny as individual sanctions against them have ramped up.

The European Union is Russia’s largest trading partner, and imports from Russia to Europe are worth approximately 94.1 billion euros ($100 billion) according to the United Nations’ Comtrade international trade statistics database.

The EU trade restrictions were announced in conjunction with a new round of American sanctions that are expected to impact the Russian economy.

However, officially stripping Russia of this status will require a vote by Congress, which is expected sometime between March 14–18.

This action will demote Russia to the same trade status as North Korea and Cuba, countries the United States also excludes from PNTR.

“The elites who sustain Putin’s war machine should no longer be able to reap the gains of this system and squander the resources of the Russian people,” the White House said.

The U.S. sanctions will also prevent the importing of goods from several targeted sectors of Russia’s economy, levy individual penalties on Russian elites and their family members, and ensure that Russia cannot obtain financing from global financial institutions.

The executive order also prohibits imports from Russia of products such as alcoholic beverages, seafood, and non-industrial diamonds from Russian state-owned diamond companies such as Alrosa.