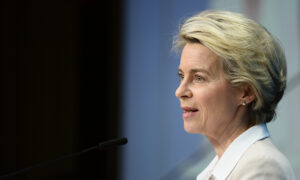 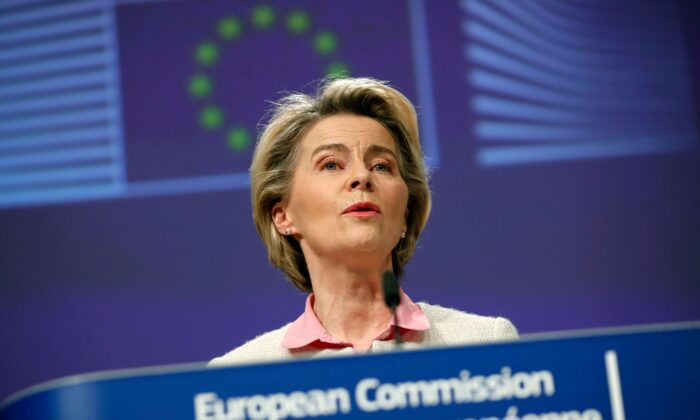 EU and UK Will Continue to ‘Stand Shoulder to Shoulder’, EU Chief Says

The UK and the EU clinched a deal early on Thursday, just seven days before the Brexit transition period is set to end on Dec. 31.

The UK remains a trusted partner. We will stand shoulder to shoulder to deliver on our common global goals.

But now let’s turn the page and look to the future.

To all Europeans I say: it is time to leave Brexit behind.

Our future is made in Europe. pic.twitter.com/QefWjB5KdH

“So we have finally found an agreement, it was a long and winding road but we have got a good deal to show for it. It is fair, it is a balanced deal, and it is the right and responsible thing to do for both sides,” von der Leyen said at a press conference shortly after the deal was struck.

“It will allow us to avoid major disruption for workers, businesses, and travellers after Jan. 1. It will protect European interests, and I believe, also, that this agreement is in the United Kingdom’s interest,” she said. “It will set solid foundations for a new start with a long-term friend. And it means that we can finally put Brexit behind us, and Europe is continuing to move forward.”

Calling the UK “a trusted partner,” she said the EU and the UK are “long-standing allies” who share common values and interests, and will “stand shoulder to shoulder to deliver on our common global goals.”

Despite her satisfaction over the “successful negotiation,” she said, “I know this is a difficult day for some, and to our friends in the United Kingdom, I want to say ‘parting is such sweet sorrow.'”

Also talking at the press conference, the EU’s chief Brexit negotiator, Michel Barnier, said the day was “a day of relief, but tinted with some sadness.”

“The clock is no longer ticking, after four years of collective effort and EU unity to preserve peace and stability on the island of Ireland, to protect the citizens and the single market, to build a new partnership with the UK,” he said.

“Despite this deal, there will then be real changes in a few days, on Jan. 1, for many citizens and many businesses. This is the consequence of Brexit.”