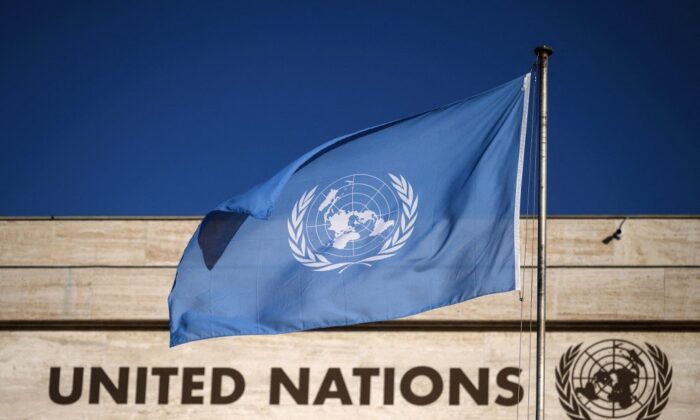 EU spokesperson Nabila Massrali issued a statement on July 28, expressing support for the conclusions of the UN Human Rights Committee’s review on Hong Kong, especially the recommendation to repeal and immediately stop the implementation of the “Hong Kong Security Law” and the “crime of sedition.”

The statement reiterated that it is highly concerned about the violation of civil rights such as freedom of speech, press, and association in Hong Kong.

The Committee is also concerned that a large number of civil society groupings were forced to suspend operations or withdraw from Hong Kong after the implementation of the NSL.

In addition, the United Nations Human Rights Committee asked the Hong Kong government to ensure civil groups that participated in the meeting and submitted their opinions will not be subject to any reprisal in the future. The EU supports this and makes the same call while condemning any acts of intimidation and reprisals too.

Simon Manley, the UK’s representative to the United Nations, tweeted that he welcomed the report of the UN Human Rights Commission, especially its recommendation to repeal the NSL.

He said the report confirmed Britain’s concerns about Hong Kong, including forced silencing of the opposition, the conviction of dissidents, and the disappearance of civil society. “We warmly welcome the new UN Human Rights Committee report, which urges Hong Kong to repeal the National Security Law.

The report independently confirms what we long feared: the opposition has been stifled, dissent criminalised, and civil society extinguished.”

The report independently confirms what we long feared: opposition has been stifled, dissent criminalised and civil society extinguished. https://t.co/dbmhHA0T2a