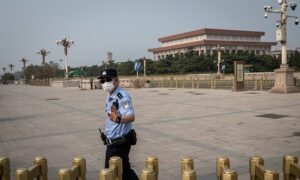 As the CCP virus ravages Europe, Chinese competitors are taking the opportunity to acquire and control important high-tech companies in Europe and obtain key technologies. The European Union and the United Kingdom are on alert.

The Chinese state-backed owners of Imagination Technologies have committed to keeping the company headquartered in the UK, amidst a row over the company’s efforts to take control of Imagination’s board of directors.

Many European companies face a sharp economic downturn and declining stock levels amid the crisis caused by the CCP (Chinese Communist Party) virus, a novel coronavirus from China. There are concerns that Chinese rival companies will take the opportunity to bid for these key enterprises.

John Lee, a Senior Fellow at the Hudson Institute said, “On restricting Chinese access to know-how and innovation, it clearly needed to be in better coordination with Europe because Europe is the primary source of technological know-how leakage to China in the world.”

MI6, the foreign intelligence service, and MI5, its domestic counterpart, have raised concerns about Beijing’s response to the virus and the UK’s relationship with China. They are calling for tighter controls over high-tech and other strategic industries to protect UK’s intelligence and industry.

“European countries should buy stakes in companies to stave off the threat of Chinese takeovers,” EU competition chief Margrethe Vestager said. “There is a real risk that businesses that are vulnerable can be the object of a takeover.”

Lee added, “COVID-19 has significantly changed, or is changing European views on China, now more appetite in Europe to consider harder industrial policies against China, and more cooperation on the mistreated entity list between the United States and Europe.”