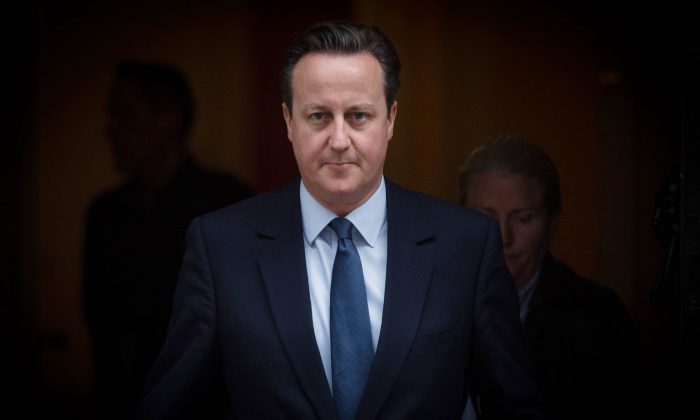 EU and Britain Have Big Differences Over ‘Ever Closer Union’

LONDON—For Britain and the European Union, they are three little words that expose big philosophical differences: “Ever closer union.”

The phrase, baked into the EU’s 1957 founding treaty and other key documents, remains a fault line between Britain and its European neighbors.

On Tuesday, the EU’s six original member nations—including Italy, Germany and France—stressed their commitment to “the process of creating an ever closer union among the people of Europe.”

The declaration by foreign ministers comes at an awkward time for Prime Minister David Cameron, who is pushing for changes to Britain’s relationship with the EU ahead of a national referendum—probably later this year—on whether to remain in the bloc.

Cameron and EU leaders hope to strike a deal at a Feb. 18-19 meeting in Brussels, but differences remain over contrasting visions for the future of the union. European Council President Donald Tusk, who is shepherding the negotiations, said Wednesday that the talks were “a very fragile political process” but he hoped to get an agreement next week.

Throughout the negotiations, Cameron has stressed that Britain is happy to be part of the EU’s free-trade zone, but wants assurances it will not have its laws and economy tied more closely to the other member states.

British Euroskeptics seized on the six “core Europe” nations’ declaration as proof that the EU aims to become a European super-state. The tabloid Daily Express said it could leave Cameron’s reform agenda “in tatters.”

But John Ryan, a professor at the London School of Economics, thinks there is less to “ever closer union” than meets the eye.

“It’s an emotive catchphrase,” he said. But “in this particular negotiation it’s rather irrelevant.”

The main sticking points in Britain’s negotiations are its demand for greater protection for the U.K. and other countries that don’t use the euro single currency—which has prompted some opposition among the 19 nations that do—and the U.K.’s desire to control migration by limiting benefits for workers from other EU countries.

Britain Can Block Migrant Benefits—No One in Europe Actually Cares

That grates against the key EU principle of free movement of people within the bloc.

Both sides are relying on a complicated compromise—involving temporary limits known as an “emergency brake”—to resolve the benefits impasse. But some EU leaders remain concerned that the move discriminates against non-British workers, while British Euroskeptics say it will have little effect on immigrant numbers.

In comparison to those tough issues, Ryan says it costs other EU leaders little to give Britain an opt-out from the “ever closer union.”

The draft document that EU leaders hope to approve at next week’s summit stresses that ever closer union is “not an equivalent to the objective of political integration.” And it says member states “that want to deepen integration (can) move ahead, whilst respecting the rights of those which do not want to take such a course.”

That can be seen as acknowledgment that a two-speed Europe already exists, despite the six founding nations’ declaration of unity. Their underlining of “ever closer union” is, in part, an attempt to bolster cohesion after a period in which the migrant crisis, financial chaos and Greece’s near-exit from the euro have undermined the foundations of the EU.

Former European Commission President Jose Manuel Barroso said other leaders accept that “in the British mind … there is some kind of exceptionalism” that sets the U.K. apart from the rest of Europe.

But, he told the BBC, the EU “is a common project where Britain is one of the most important shareholders.”