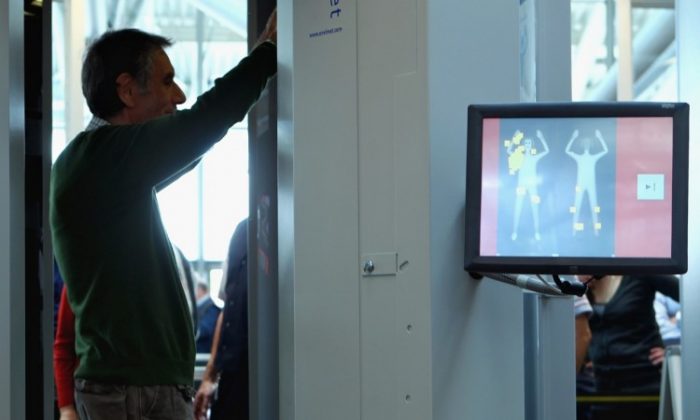 Two scanners are being tested at Hamburg's airport before been installed in other German airports. Full-body scanners are in use to varying degrees in airports across Europe. (Joern Pollex/Getty Images)
Europe

The European Union on Monday adopted measures to allow its airports to use the controversial body scanners. The guidelines came with strict privacy restrictions for member states who choose to use the devices.

The EU commissioner responsible for transportation, Siim Kallas, stated that the devices “are not a panacea” but can boost passenger security as a viable alternative to the existing screening methods.

“These new rules ensure that where this new technology is used it will be covered by EU-wide standards on detection capability as well as strict safeguards to protect health and fundamental rights,” he added.

Use of the scanners have already been adopted by many airports throughout the United States, a move that has been derided by personal liberties groups as being invasive to passengers privacy.

Under the new EU law, images taken by the body scanners cannot be stored and the staff looking over them must be in another room. Passengers also have to be given the choice of another screening method before entering the boarding portion of airports.

EU member states have the option to implement the use of body scanners or not.