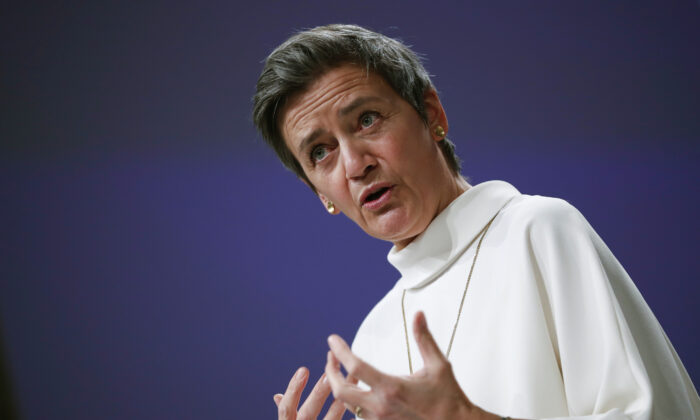 LONDON—European Union regulators are accusing Apple of violating the bloc’s antitrust laws, alleging that the company distorts competition for music streaming through rules for its App Store.

The EU’s executive Commission said Friday it objected to how Apple applies rules in its App Store to music streaming services competing with its own Apple Music service, saying that it ends up costing consumers more and limiting their choice.

One of the main concerns outlined by the EU centers on Apple’s practice of forcing app developers selling digital content to use its in-house payment system, which charges a 30 percent commission on all subscriptions.

The EU’s investigation, which followed up on a complaint from the popular music-streaming service Spotify, found that fees end up being passed on to consumers.

A second concern is that Apple prevents developers from telling users about cheaper payment methods.

Apple didn’t respond immediately to a request for comment.

Under EU competition law, companies can be fined a percentage of their annual revenue for breaches, which in Apple’s case could run into billions of euros.