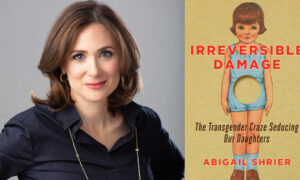 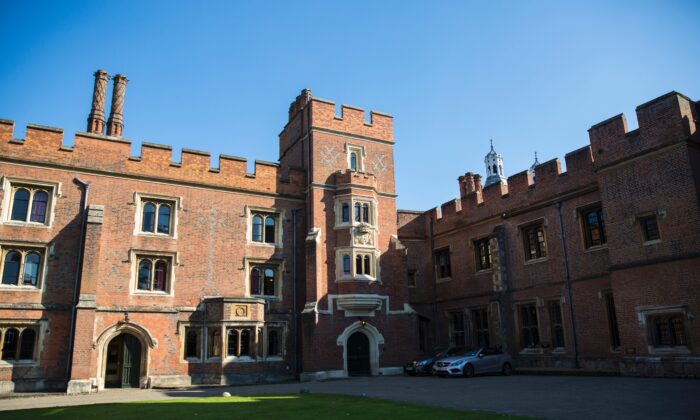 An Eton College master has resigned from his role amid the controversial dismissal of a teacher who refused to take down a video questioning “current radical feminist orthodoxy” from his personal YouTube account.

Divinity teacher Dr. Luke Martin resigned his role as the master in charge of Perspectives, and said that he began to lose faith in the 580-year-old institution which he said had become one of the schools trying to indoctrinate students with so-called “progressive” ideology.

Martin’s resignation came amid an ongoing row over the school’s dismissal of Will Knowland for gross misconduct.

Knowland had said that his dismissal was a result of his passion for free speech, an allegation denied by the school.

The dismissal of Knowland “is not about free speech within the law, behind which Eton stands foursquare. It is about a matter of internal discipline, quite properly now subject to appeal,” Lord William Waldegrave, the provost of Eton, said in a statement sent to The Epoch Times.

Knowland’s appeal hearing is due on Dec. 8. Dr. Andrew Gailey, Eton’s vice provost, is expected to chair the panel.

In a letter to Gailey, Martin insisted that Knowland’s dismissal was about free speech and independence of thought.

“I’m aware, from WSK’s response to the Provost, that he was charged on two counts, one of which relates to the video,” the letter reads. “This means that, to my mind, this is about free speech and independence of thought. Are we really committed to the central aims of the college?”

Martin began the letter by recalling his teen-years experience of questioning the “radical interpretation” of the Christian faith by a Northern Irish church.

He said the experience had left “a damaging effect” on him before he found hope at university, where he could “ask, think, discuss, question, and perhaps find some way through the fog I’d ended up in.”

But now, Martin said, what’s been happening in education in recent years reminded him of the religious fundamentalism he experienced.

“There is a growing promotion of a so-called ‘progressive’ ideology, that claims to be inclusive, tolerant, and kind,” he wrote.

“But what has dawned on me over the last few years is that it is remarkably similar, in a particular respect, to the forms of religious fundamentalism that I’m familiar with: if you disagree with it, you’re excluded; if you think differently, you’re not tolerated; and if you raise objections, you’re mocked or face formal discipline.”

Like some other schools, the £42,500-a-year ($57,357) boys school, which has famously educated over one-third of all British Prime Ministers, including Boris Johnson,  is “moving towards a point where it will be accurate to say that they are trying to indoctrinate their students into this worldview,” Martin said.

“I am beginning to lose faith in the college’s commitment to one of its core aims: that of promoting the best habits of independent thinking in the boys.”

Martin said he did not agree with all the viewpoints in Knowland’s video, and nor should he have to agree to them, to defend the expression of various perspectives.

Eton College said it would go through “proper procedures” and declined to comment further.

“Once again, there are attempts to conduct or influence the College’s disciplinary process in public rather than via the proper procedures,” The Telegraph quoted a spokesperson as saying, in response the Martin’s letter.

“This letter has been received by the Vice-Provost. As he will chair the appeal hearing it is not therefore appropriate for us to comment further,” the statement reads.

Simon Veazey contributed to this report