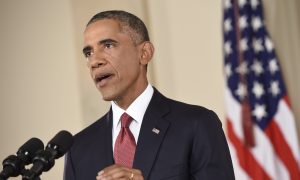 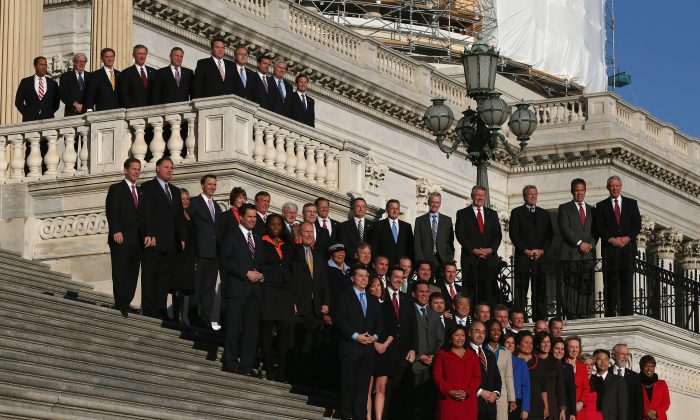 Newly elected freshman members of the upcoming 114th Congress pose for a class photo on the steps of the U.S. Capitol in Washington, D.C., on Nov. 18, 2014. (Mark Wilson/Getty Images)
Opinion

Ethics Training for Congress? Dream On

In Washington, anyone can be blatantly unethical, as long as they don't technically break laws

Do you—or does anyone—really need a book of rules and a three-hour briefing to do your job ethically?

If you’re a Congress critter, apparently so. For that’s what newly elected lawmakers have just received.

Nearly all those newcomers rode to victory on a tsunami of inherently corrupting corporate cash. Now they’re being instructed in a crash course on Capitol Hill ethics.

That is, they’re not learning how to be ethical, exactly—just how to avoid ending up being investigated, indicted, or thrown in jail.

You see, in Washington’s rarefied air, anyone can be blatantly unethical, as long as they don’t technically break laws. It’s a fine line, so this latest class of special-interest lawmakers proved eager learners.

But in practice, even actually crossing that line is no barrier to congressional service.

U.S. Rep. Michael Grimm of Staten Island, for example, is back in Congress even though he was caught on tape threatening to throw a reporter off a balcony. The appropriately named Grimm, a Republican, is also under indictment for 20 counts of accounting fraud.

Errant Democrats abound, too. Take Charlie Rangel of New York, who has been formally censured by Congress for a mess of ethics violations. Rather than going to the Big House, Rangel is back in the House of Representatives. His constituents re-elected him on Nov. 4, and he faced no Republican opponent.

There’s now a bipartisan move in the House to require annual ethics training for every lawmaker. Backers claim that this will enhance the public reputation of each member and of Congress itself.

These so-called adults—who didn’t absorb basic ethics from their kindergarten teachers or parents—sure won’t learn anything to improve their morality in a congressional classroom.