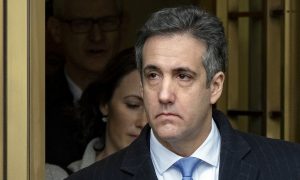 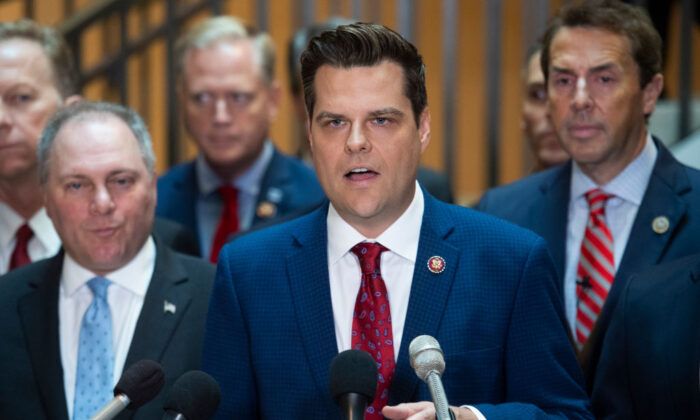 While the 10-member committee found that the Florida Republican’s actions were “not consistent with the high standards” for a member of Congress, the committee also concluded in its report that he “did not violate witness tampering and obstruction of Congress laws” and declined to issue more severe consequences against the Florida Representative.

The ethics panel, which is chaired by Rep. Ted Deutch (D-Fla.), released its findings (pdf) on Friday.

The investigation was started over a tweet Gaetz sent a day before Cohen was to testify before the House’s oversight committee about his former boss. At that hearing, Cohen accused Trump of being a racist and of lying.

Gaetz, a staunch supporter of Trump, when first called by the committee, refused to be interviewed, which resulted in the panel establishing a subcommittee to investigate Gaetz’s actions.

However, Gaetz later cooperated and testified, telling the ethics committee he was “not comfortable with the language” he used, that he acted “improperly regarding [his] own standards” and that he was sorry.

The ethics committee’s report mentioned that the Florida Bar, which also launched an investigation into Gaetz’s tweet, found the post to be “unprofessional, reckless, insensitive, and demonstrated poor judgment,” but did not warrant disciplinary action.

The Republican congressman essentially received a public warning, one of the lesser forms of discipline the committee can hand out.

Rep. Kathleen Rice (D-N.Y.) submitted the initial complaint in March 2019 which was taken up by the ethics committee and led to the investigation of Gaetz’s Feb. 26, 2019 tweet to Cohen.

“Hey, @MichaelCohen212 – Do your wife & father-in-law know about your girlfriends? Maybe tonight would be a good time for that chat. I wonder if she’ll remain faithful when you’re in prison. She’s about to learn a lot…,” Gaetz wrote.

The tweet sparked a backlash on Capitol Hill, with Democrats accusing Gaetz of witness tampering. Gaetz later deleted the tweet and apologized for not choosing his words more carefully.

The report also noted that the ethics committee “is not the social media police” and “not every social media misstep requires Committee action,” and “Members are, accordingly, cautioned to exercise sound judgment when using social media.”