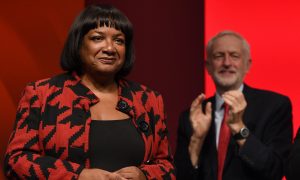 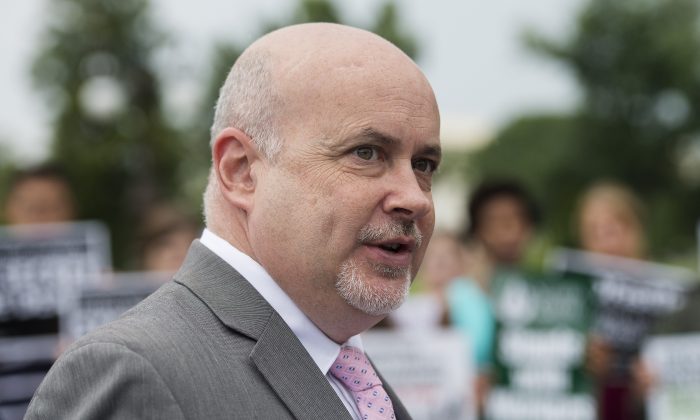 WASHINGTON—Serious questions are being raised about the staffing arrangements and organizational structure of the Congressional Progressive Caucus (CPC), the largest ideological affinity group in the U.S. House of Representatives.

At the center of this growing complex, as executive director of the caucus, is Michael Darner, an attorney and veteran Democratic congressional aide who began as a legislative assistant to Rep. John Conyers (D-Mich.) in 2008 and took the reins of the caucus in 2014.

As executive director of the CPC, Darner is a shared employee who was paid $124,000 in 2018, in regular installments collected each pay period from the official office staffing budgets of caucus members, according to LegiStorm.

Darner also lists himself on his LinkedIn profile as manager of the CPC PAC, and that’s where many of the most serious ethical questions begin, because federal laws and House rules strictly govern what congressional staffers can do in terms of outside activities and compensation.

Neither Darner nor CPC Communications Director Emma Lydon responded to multiple requests from The Epoch Times for comment for this story.

As a result, how many weekly hours Darner devotes to his duties as the CPC PAC manager or where he performs those duties couldn’t be learned.

The organization only lists a Washington post office box as its address. Dianne Evans, who is listed on the PAC’s Federal Election Commission (FEC) reports as its treasurer, didn’t respond to a call from The Epoch Times seeking comment.

No payments to Darner for “salary” or “consulting services” appeared in a review by The Epoch Times of disbursement reports to the FEC since February 2014, which he listed as his starting date as CPC PAC manager and CPC executive director.

But a Washington political law expert told The Epoch Times that federal law and House rules are specific and comprehensive in barring such work by congressional staff.

“The rule is that NO funds or resources of the House can be spent for ANY outside entity or organization; that is a federal law and a House rule,” attorney Cleta Mitchell told The Epoch Times on April 23.

“So this person cannot use his House computer or office or other resources of his official office to do work for the Congressional Progressive Caucus PAC,” said Mitchell, who is a partner in the law firm Foley and Lardner, LLP.

Questions were raised earlier this week by The Daily Caller regarding the legality of the links between the CPC and its non-profit foundation.

“In the last year and a half, Pramila and I have been building an outside 501(c)(3) entity with a lot of great friends and partners,” Pocan said in a video published by The Daily Caller.

“We’ve raised several million dollars to have a progressive infrastructure to work with all the progressive groups, so that we truly are one fluid movement.”

Pocan continued in the video, saying, “We have had one staff person for the longest time for the progressive caucus—Mike Darner—and then … we had two staff people.

Pocan said in December the CPC foundation had raised $1.5 million of $4.5 million pledged.

Mitchell told The Daily Caller “it is a violation of the tax code, which requires an exempt organization to serve the general public, not serving as staffers for a small group of members of Congress from one political party.”

The Daily Caller also noted that “while outside groups can fund fellows to work in congressional offices, House ethics rules state that members ‘may not raise or disburse funds for programs that place interns or fellows in their own offices’ and that the programs should be ‘primarily of educational benefit to the participant.’”