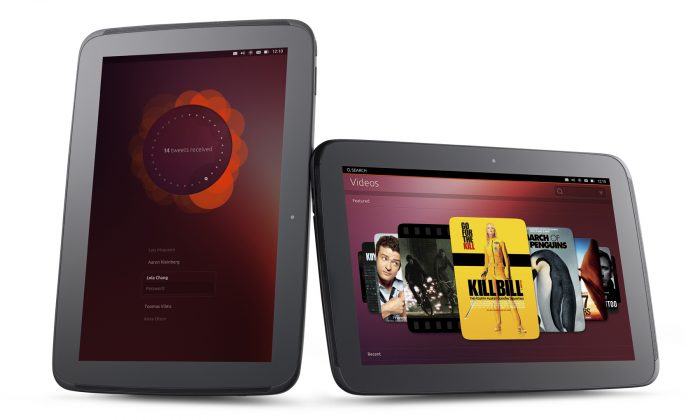 Once a symbol of openness and freedom, Ubuntu partners with the Chinese regime
By Ben Kaminsky
biggersmaller
Print

My romance with the Ubuntu operating system started back in 2009. It was the first time I stopped using Microsoft Windows, and the first time I fell in love with an operating system. Ubuntu had a clean and beautiful design, an easy way to install and remove software, high security, good user experience, and great customizability. Yet, what I particularly enjoyed was the supportive global community. It’s not only that programmers all over the world voluntarily contribute to improve the operating system, but also that for each and every problem I had, I could easily and effortlessly find a variety of helpful answers on the community’s forums.

That’s why when I read that Canonical, the company leading the development of Ubuntu, has been having an affair with the Chinese regime, I felt betrayed. Canonical signed a contract with the Chinese government last month. It will cooperate with the regime to produce a Chinese national operating system.

Ubuntu was for me a symbol for a freer world, a more supportive world where community still means something. Now it shakes hands with the regime that practices the most sophisticated of Internet censorships, and uses computers as tools for political persecution. “Don’t be so harsh,” I read between the lines in some optimistic technology blogs, “It’s good for Canonical to make some money, so it can keep supporting Ubuntu, and it’s good for the Chinese to have a good open-source operating system.” But is that so?

There’s a common notion that cooperation between Western tech companies and China will gradually open up China. But as it turns out, usually instead of having China adapt to the standards of the free world, the tech companies are forced to adapt to the standards of the Chinese Communist Party (CCP). That’s the fate of those who woo the Chinese regime. The examples are too many.

Take Microsoft’s Skype for example. Since 2007, Chinese users who tried to download the popular communication software were redirected to the TOM Online website, a Chinese Internet company, where they could download a Chinese version of Skype, called TOM-Skype.

Last month, a computer science graduate student from University of New Mexico uncovered how the Chinese version of Skype actually works. The software monitors the user’s messages, and once it notices a “sensitive” keyword, like names of human rights activists, for example, it sends the content of the chat to a remote server located in China. The research further exposed how a list of “sensitive” keywords is being regularly updated by TOM-Skype servers.

An Engadget reader commented on a post on the recent deal: “It’s hard to integrate rootkits and government Trojans in Windows. It’s not hard to clean them up and restore the system. It’s much easier to stealthily integrate the Trojans in the Linux kernel. I think this is the main reason [for the Chinese regime’s motive].”

Technologically, that makes a lot of sense. Anyway, I would presume that the hordes of hackers employed by the Chinese regime wouldn’t find it too hard to hack into a computer running an operating system developed with the regime itself, or maybe to hide some backdoors in it for future attacks. Is this really the Chinese regime’s plot? Maybe it’s too early to determine. But thinking of the following story, does make one wonder.

A Chinese censor on every computer

In 2009, the Chinese regime announced that all computers sold in China will be required to have Web filtering software. In public, the regime called it anti-pornography software, and named it Green Dam Youth Escort. But the software does much more than filter pornography.

Researchers found the software had the ability to send information about their Internet usage to remote servers, and to take screenshots of the computer’s screen every three minutes.

A team of computer scientists at the University of Michigan researched closely into the behavior of Green Dam Youth Escort. The researchers managed to decrypt some files that contained the keywords the software used in order to filter websites. The software filtered 35,860 keywords, and the vast majority was not related to pornography. Approximately 35,440 of the keywords were related to the spiritual practice Falun Gong that the Chinese regime has been persecuting since 1999.

The researchers explained how Green Dam worked: once the software notices the “sensitive” keywords, the “offensive” application is closed, and the user is shown a government warning.

Their analysis also warned that the Green Dam software had vulnerabilities that allowed websites that are being visited to take over the user’s computer.

A short while after the publication of this study, the Chinese regime stated that the installation of Green Dam would no longer be required. Later on it also cut funding for the project.

That kind of censorship system might not only stay in China. Earlier this month The Epoch Times reported how it was imported to New York.

A New Yorker bought an iMac through Apple’s online store. But this iMac had a strange behavior. Each time the owner tried to visit a website reporting on the persecution against Falun Gong, the website was opened briefly, and then closed. The same happened when he tried to open The Epoch Times website—which has refused to bow to Chinese censors. Other websites worked just fine.

He later noticed that this computer was peculiarly shipped from Apple in Shanghai to Anchorage, then back to Shanghai, and then was almost immediately reshipped to New York.

This is not the first time the Chinese regime has spent time and money on a Linux operating system and on open source. Red Flag Linux was the previous operating system the regime tried to push.

In 2008, the regime reportedly required Internet cafés to install the new red operating system on their computers. The official reason was to prevent the use of pirate copies of Microsoft Windows. But Radio Free Asia reported that offices of the regime, and even Internet cafés, that were running legally licensed copies of Windows were forced to switch to Red Flag Linux. Why did the authorities push this operating system so hard?

“It mainly means [a] less secure and private communication environment for netizens in those Internet cafes,” said Xiao Qiang, director of the China Internet Project at the University of California–Berkley, in that report. “The authorities are gaining more control.”

So what are the Chinese regime’s motives for cooperating with Canonical to create a national operating system? Judging by the regime’s past and present, I would not assume its goal is to improve the digital lives of the Chinese, to reduce operating systems costs, or to contribute to the open-source community.